While the Southeast United States prepares for possible impacts from Hurricane Irma around a week away, two more tropical waves show signs of strengthening into tropical depressions or storms. 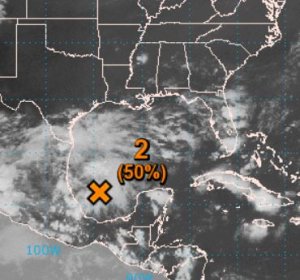 The first sits in the warm waters of the Bay of Campeche near Mexico. This area of unsettled weather has been sitting there for several days, but conditions now favor development. The National Hurricane Center gives this system a 50% chance for development over the next two days, and a 60% chance for development over the next five days. Despite possible organization, the area of storms does not show much movement in the near future outside of the Southwestern Gulf of Mexico. 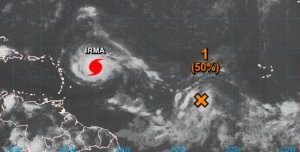 Historically, storms that form later in the season near the Cabo Verde Islands show a more difficult chance at making any US landfall, based on Fall fronts and upper air patterns. Still, this wave is showing formation near where Irma organized, and therefore also must be monitored closely. A Cabo Verde, or Cape Verde storm is classified as one that forms in the extreme Eastern Atlantic near the Cabo Verde Islands.

The next two names in the 2017 Hurricane list are Jose, and Katia. This hurricane season is forecast to be the most active since 2010. Check with WGNO for more updates on Irma and the rest of the tropics throughout the week.

Get the Skinny on Crawfish: A not-so-guilty indulgence!

Doctors warn the flu outbreak is much worse than last year