NEW ORLEANS - Tropical storm Gordon continued to intensify in the Gulf of Mexico off the Florida Peninsula Monday afternoon as winds increased to 50 mph. Gordon is moving very quickly to the west-northwest at 17 mph and on the current forecast track, it is likely to make landfall either late Tuesday or very early Wednesday morning as a category 1 hurricane along the northern Gulf Coast.

While it is still too early to pinpoint the exact landfall point, southeast Louisiana from the mouth of the Mississippi all the way to Pensacola, FL lie in the cone of uncertainty with this system. The official track by the National Hurricane Center predicts a landfall between Bay St. Louis and Gulfport early Wednesday morning as of the 4pm Monday advisory. 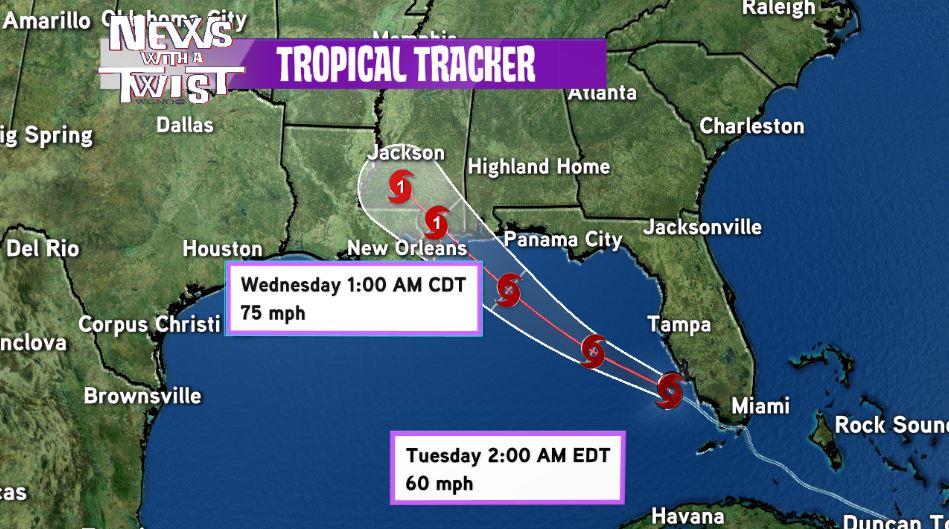 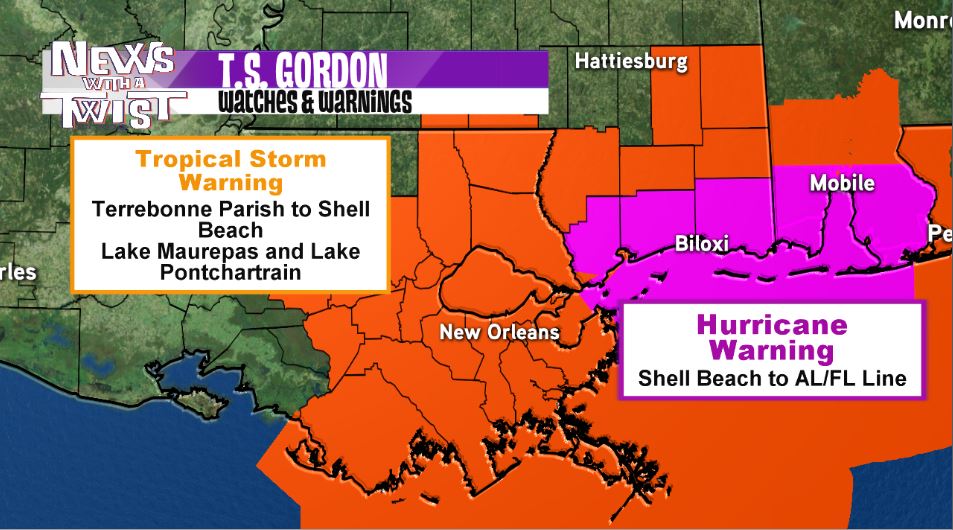 A storm surge warning is also in effect for Shell Beach eastward to Dauphin Island, Alabama. These locations can expect a surge of 3-5 feet as the storm moves ashore late Tuesday into Wednesday. A storm surge watch is in effect from just east of Morgan City to Shell Beach. A surge of 2-4 feet is possible in this area. 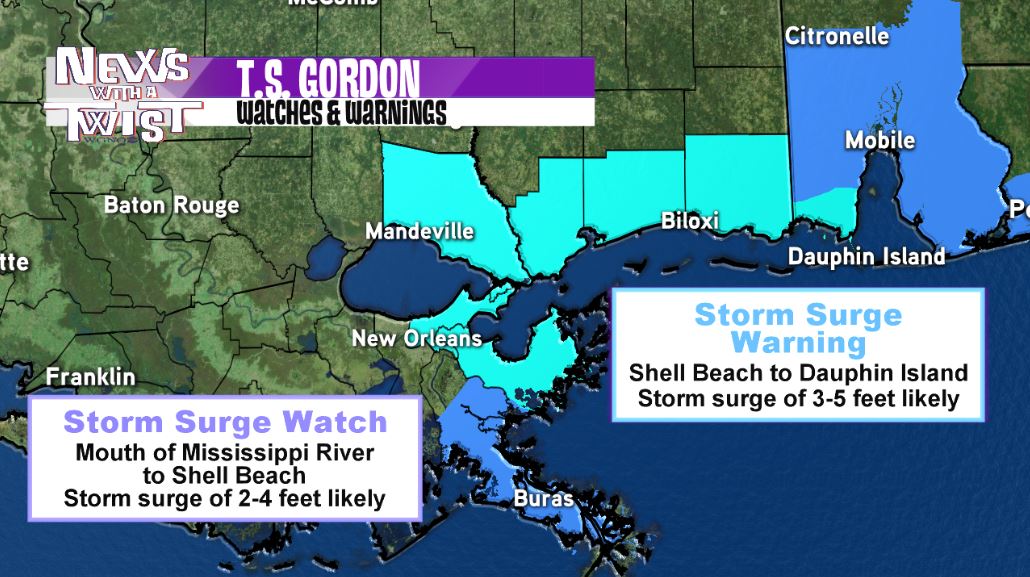 Please keep in mind that the path and forecast intensity of Gordon is uncertain and can change. If this happens, hurricane warnings and storm surge amounts may be shifted based on the new forecast track. Stay tuned to WGNO on-air and online as well as on social media for the most up to date information on this developing storm.

Mardi Gras may be over, but the good weather is still rolling according to Meteorologist Scot Pilié! Beautiful weekend on the way, but a strong storm system could head our way by the middle of next week!

Tonight, another chilly one for the first Friday of Lent! Fish Fry, Crawfish Boil, you name it...the forecast looks great tonight! Low temps in the upper 30s-near 40 north of the Lake. Low 40s on the southshore.

A really nice weekend of temperatures is on the way starting with Friday. We are looking at sunny conditions today and mid to upper 60s. A west breeze should warm temperatures up a few degrees more. Look for winds around 10-15.

One more chilly night with upper 30s to the north Saturday morning and then low 40s to the south.

Cold temperatures will be here to wrap up the week behind the cold front that moved through on Wednesday. A strong area of high pressure is moving into the southeast part of the country.

Look for temperatures in the mid 50s this afternoon. That will mean things are on the colder side. The good news is we will see plenty of sun and a lot less wind than yesterday.

Can you believe there are only 11 dietitians in the NFL? The Saints have one of them