NEW ORLEANS — Tropical Storm Jose continues to meander in the Atlantic while two tropical waves are likely to become depressions in the next five days.

At one point, Jose was a Category 4  hurricane that barely missed the same islands in the Antilles where Irma made a direct hit.

Now, as steering currents in the Atlantic remain weak, Jose has encountered wind shear in the atmosphere, weakening it into a tropical storm. But that sheer is expected to weaken and Jose is expected to strengthen into a hurricane again within the next few days as it continues to move in the Atlantic.

At this time, Jose’s path shows no interest in the eastern seaboard of the United States, however some models indicate it could brush the New England coast sometime next week. Keep in mind it is still way too early and models routinely have difficulties forecasting that far out. 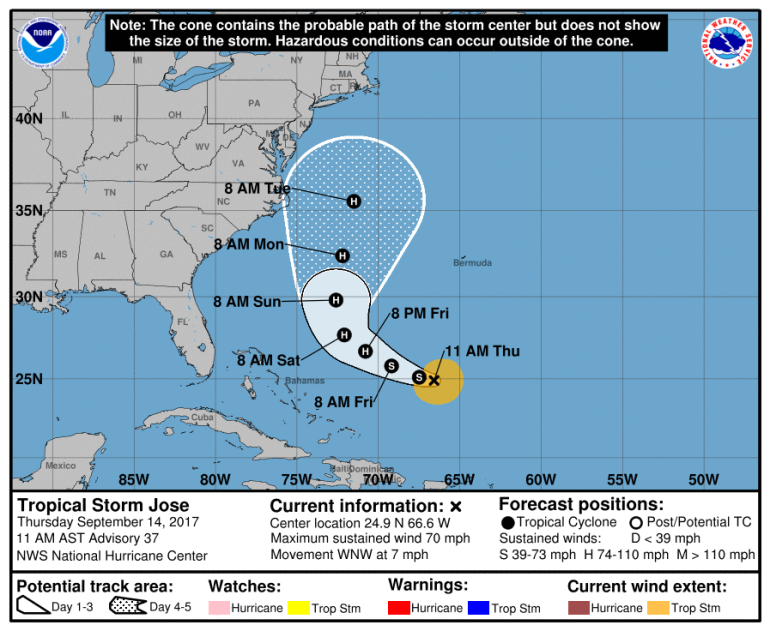 Meanwhile, off the Africa coast, two tropical waves have moved out into the Atlantic in the last week and both are showing signs of development. The eastern Atlantic has been very active this summer with both Irma and Jose originating in this area of the ocean.

However, just because two storms already developed in this area does not mean later storms will follow the same path. The atmosphere is always changing and this will affect the paths and intensity of these two waves should they develop.Both systems have a 70% chance of developing into a depression or tropical storm within the next five days. 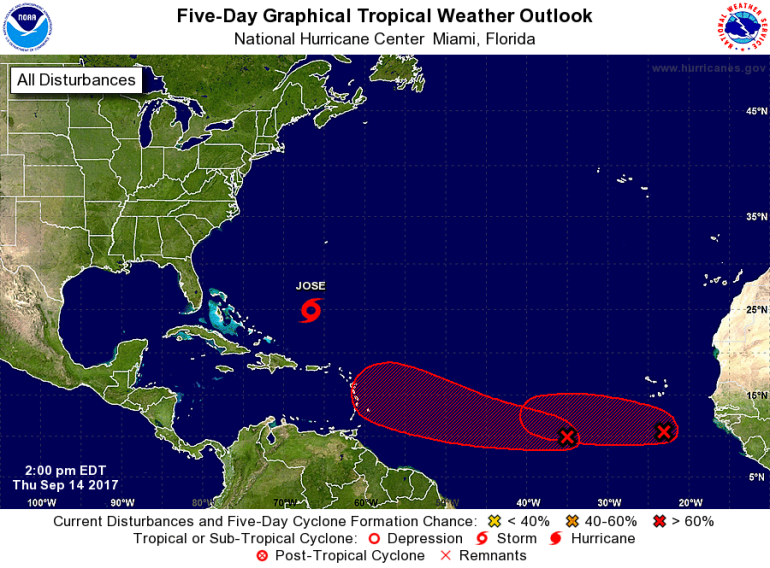 While we are not currently anticipating those being an issue to the Gulf of Mexico, it is important to remember we are still in the peak of hurricane season and that the season doesn’t end until November 30.

As always, have a plan in place now should a storm approach, and stick with WGNO on-air and online.