A tropical wave that we have been following for the past couple of days continues to move northwest towards the Gulf of Mexico. By Labor Day this will be moving through the eastern Gulf.

The first image is the National Hurricane Center 5 day outlook from Saturday morning. You can see tropical storm Florence has formed near Africa. That won’t be an issue as it recurves into the central Atlantic. The orange area represents a zone of where development will be possible as this wave moves across the Gulf next week.

There is still a lot of uncertainty between forecast models. This is the European as of Saturday morning. 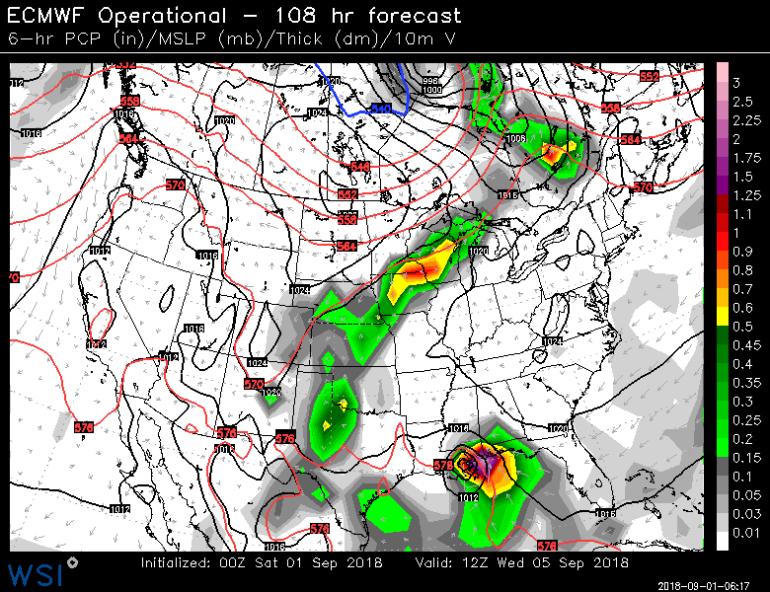 You can see a well developed system near the southeast Louisiana coast. That intensity would probably equate to a high end tropical storm or low end hurricane. It continues to move the storm west into Texas, which could mean a prolonged time frame of heavy rain.

The next image is the GFS model during the same time frame. 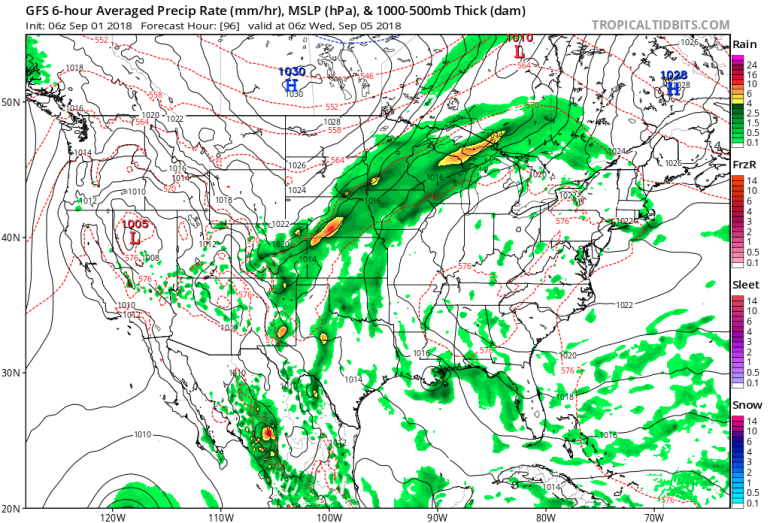 You can see a much less impressive scenario. While there is a closed circulation over the area, it does not look very strong at all.

At this point both seem to agree on some area of low pressure near the coast of Louisiana by midweek. The question at that point will be how strong of a system we see. As always, anything that approaches the northern Gulf this time of year will need to be watched especially since it would mean less time for preparation should it develop near the coast.

The biggest threat of this could be additional heavy rain across the area after so much rain over the past week.

Stay with WGNO on air and online for the latest.

“Early Monday, power shut down for many Austinites. I jumped on an ambulance to start responding to emergency calls at around noon. While our shift started at 10 a.m., the ambulance had been T-boned by a vehicle that lost control," wrote Xie, the president of the Austin Emergency Medical Services Association.

Spring weather is going to continue through the weekend with temperatures remaining very warm ahead of a cold front early next week.

The main issue will continue to be fog at night and in the morning for the next couple of days. Visibilities will likely be on the low side again early Saturday. Be careful if you have plans to drive during this time frame.

Want to buy a “chunk” of Charity Hospital? Developer is selling the building’s marble

Has Drew Brees changed his mind about retirement???