NEW ORLEANS (WGNO) – Otto became the seventh hurricane of the 2016 Atlantic hurricane season Tuesday afternoon. The storm has its sights set on the coastline of Central America.

After rapidly intensifying over the last 48 hours, Otto continues its march westward through the Caribbean. The National Hurricane Center (NHC) is forecasting Otto to make landfall early Thanksgiving Day near the border of Nicaragua and Costa Rica. It is unusual for a tropical system to make landfall this far south, especially at this time of year. 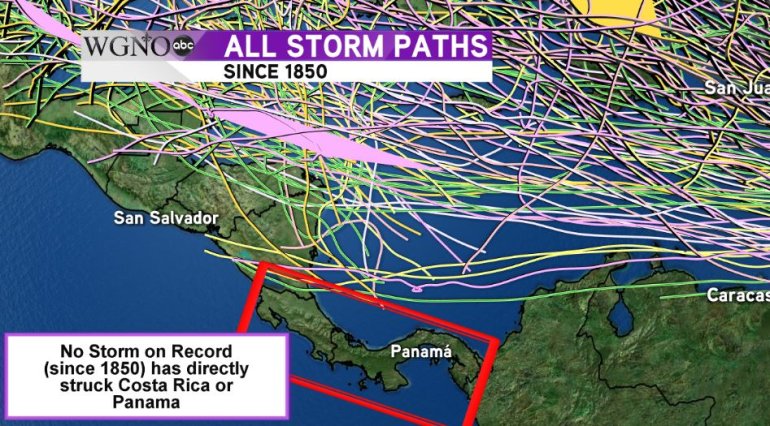 Once Otto crosses the Central American Isthmus, it will weaken over the cooler waters of the Pacific Ocean. While Otto’s appearance in November is unusual, particularly this far south, it is important to note that hurricane season is still underway. The official end to the Atlantic hurricane season is on November 30. 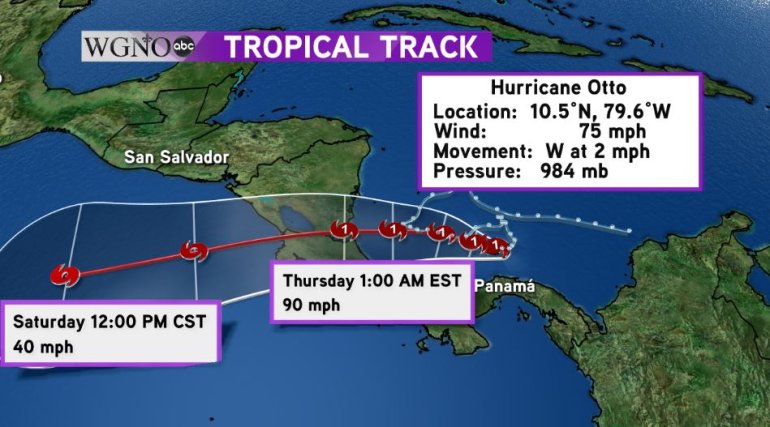 Another stunningly gorgeous day today across New Orleans and southeast Louisiana as conditions are sunnier than we were yesterday! 60s are pretty tough to beat during March.

Northshore residents wake up tomorrow to upper 30s, lower 40s outside their windows, however, Southshore residents can expect upper 40s! Highs reach upper 60s to lower 70s again by your afternoon after lunch.

Friday’s late front made its presence known as far as rain in the area until early Saturday. High pressure is currently responsible for our sunshine outside, but the colder air returns later tonight to early morning. Shower chances will be tough to come by much of this week.

2 words: GO! OUTSIDE! Keep up, updates remain available online on WGNO.com and during WGNO News at 5 p.m. and 10 p.m. Sunday!

Another stunningly gorgeous day today across New Orleans and southeast Louisiana as conditions are sunnier than we were yesterday! 60s are pretty tough to beat during March.

10:30PM Friday: Rain moves out for a beautiful weekend

Rain is moving through the area Friday evening but the good news is the system is a fast mover and will clear out in time for the weekend.

By early Saturday morning the rain will be well east of the area.