A large waterspout formed over southwestern Lake Pontchartrain Wednesday morning which caused a tornado warning to be issued for the northern part of St. Charles Parish.

This was for the possibility of the waterspout moving inland as a tornado. While rare, this can occur in the case of stronger storms. 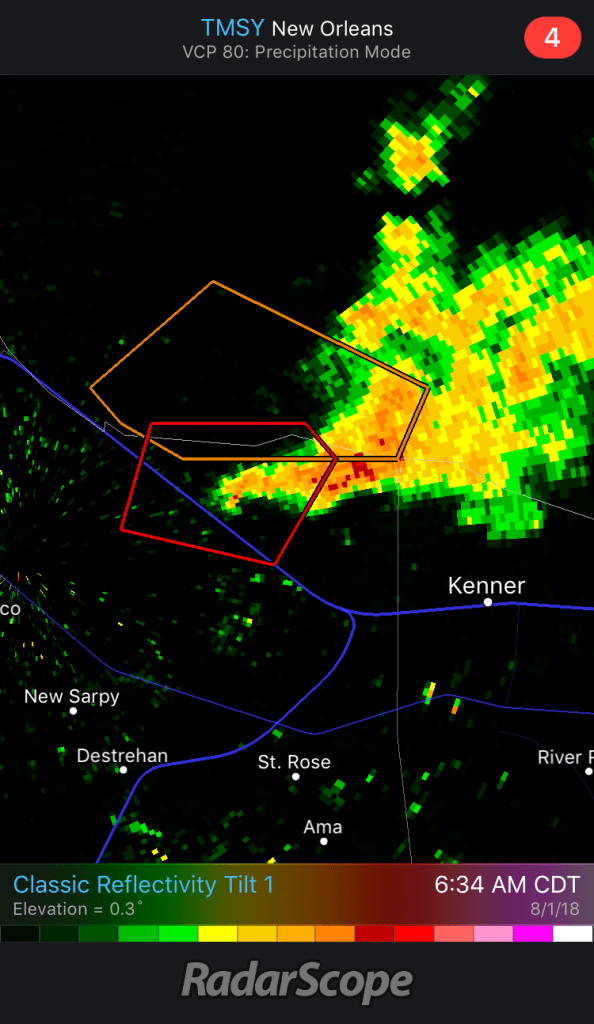 The cell that was producing the waterspout was in range of the Terminal Doppler Radar at the New Orleans airport.

You can see a well-defined hook within the tornado warning. That hook indicates where the waterspout was at the time and the rotation within the cell. 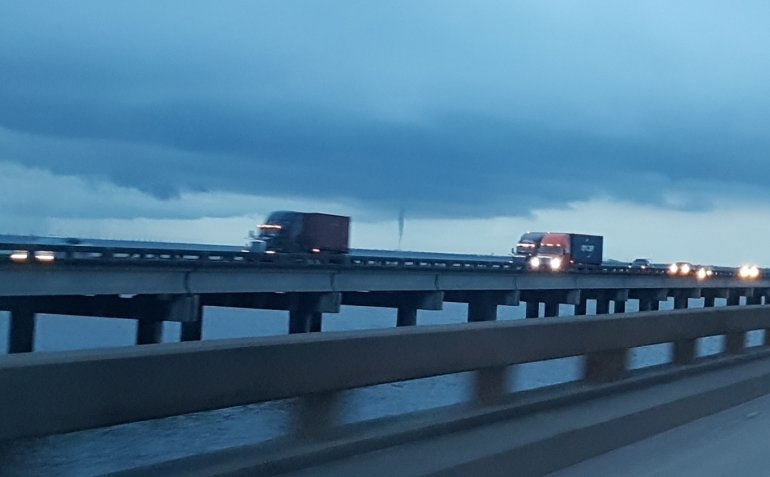 Another viewer photo from Mike shows the waterspout from a distance while on the Spillway.

This storm quickly dissipated after moving inland and the warning was cancelled.

Severe weather will not be a big threat over the next couple of days.

However, as is typically the case during the summer, strong storms over water will have the chance to produce waterspouts and funnel clouds. It’s best to avoid these storms when they develop.

If you can get a weather picture safely send it to pics@wgno.com

A big time summer pattern is setting up over the next few days. High pressure building in from the southwestern part of the country will expand eastward meaning more heat and less rain.

Look for temperatures to be in the 90s by late morning through the early evening each day through the weekend. Afternoon highs will be around 94-95 with heat index values of 100-105. Some areas could see numbers higher than that.

Video: Lower rain chances the rest of the week

Expect scattered storms around the area this afternoon but not near as many over the next few days.

Look for scattered thunderstorms by early afternoon with the rain chance around 50%. These will be more daytime heating based than the past few days and be a bit more spotty in nature. The could still produce some locally heavy downpours.

Photos: The tragic history of the ‘Glee’ cast

Woman throws boxes of shoes at Oklahoma store worker after being asked to wear face mask, then leaves wallet behind

VIRAL VIDEO: COVID-19 through the eyes of a four-year-old

9-year-old girl stabbed to death in Slidell; coroner rules it a homicide