NEW ORLEANS — It was a busy afternoon in the Atlantic as Irma’s maximum sustained winds strengthened to 185 mph, a tropical storm formed well out into the Atlantic — and a tropical depression formed in the Gulf of Mexico.

Irma’s path is forecast to keep it just north of the Caribbean islands, so it doesn’t appear that interaction with land will weaken the powerful storm. Irma will cruise through the Northern Windward Islands and the north shore of Puerto Rico as a Category 5 before possibly slightly weakening to a Category 4 as it approaches Cuba and the Florida Straits.

The path is still uncertain five days out, but interests in the Florida Peninsula should continue to monitor the storm and heed the advice of local officials.

As Irma continues to march west, it could enter the Gulf of Mexico by Sunday afternoon. Most models agree that a trough of low pressure will begin to affect Irma’s path later this weekend and push it back east towards the Atlantic.

The timing of the trough will be key as it will determine just how far west Irma could make it. While it is too soon to know the impacts, if any, Irma could have in the Gulf, we will continue to monitor the storm’s path closely in the WGNO Weather Center. 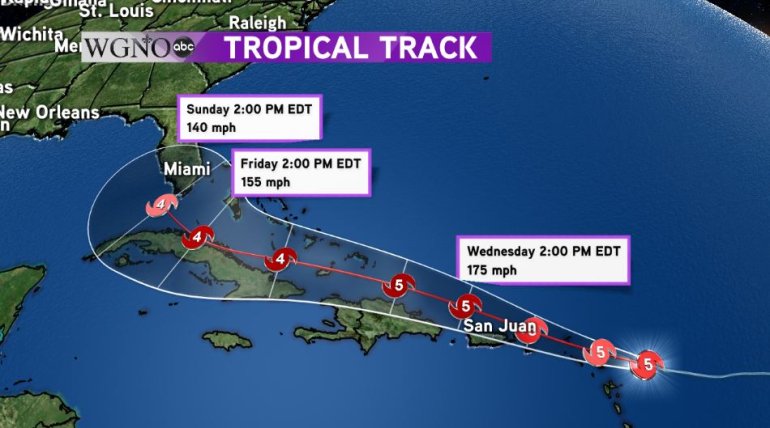 Behind Irma, Tropical Storm Jose formed in the far western waters of the Atlantic Ocean. Jose is forecast to possibly become another major hurricane, but at this time it looks like the track of Jose will stay farther north than Irma and curve back out into the Atlantic by the same trough that could push Irma away from the Central Gulf Coast. 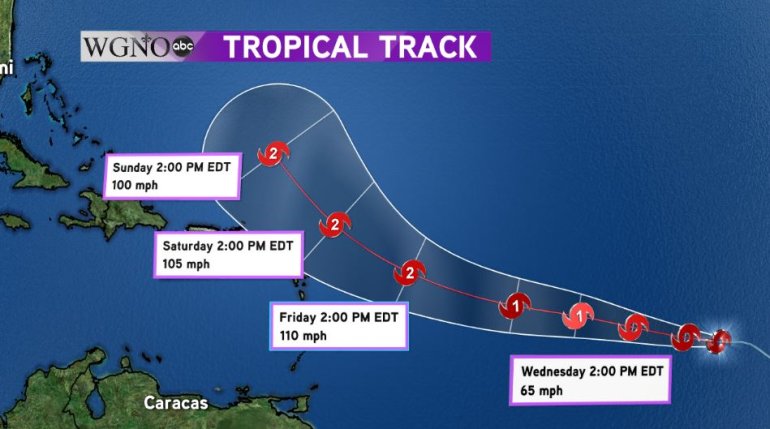 Also forming Tuesday afternoon was Tropical Depression 13. The depression is located off the Mexican coastline in the Bay of Campeche and remains fairly unorganized in satellite imagery, however, it is possible it could strengthen into Tropical Storm Katia over the next 48 hours.

Right now it does not appear that the depression will affect the United States. The official forecast has the depression slowly moving out into the Gulf before making a 180 degree turn and making landfall in Mexico as a low end hurricane or strong tropical storm. 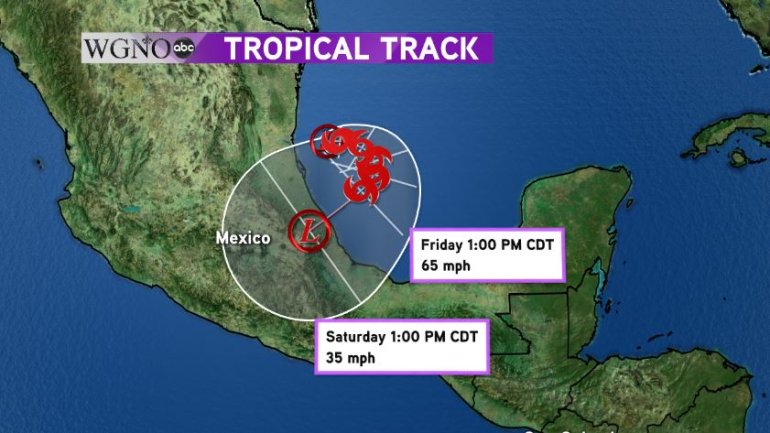 For Druids & Nyx Wednesday evening, mild temperatures in the low-mid 60s! Isolated shower possible, but overall it's looking like a good evening for parades!

Temperatures will be cooler Wednesday afternoon than Tuesday after we reached 81 for a high in New Orleans. Look for mostly upper 60s through the day. A weak boundary is lingering around the south shore south of I-10.

With this boundary in the area a few showers will be possible through the day. These will be small cells that are fairly spotty but could contain locally heavy downpours. Overall rain chance for the area 30%.

A lot of times when severe weather is possible over the next 1-3 days we talk about being in a Convective Outlook.

This is a product issued by the Storm Prediction Center which is in Oklahoma to highlight areas of potentially severe or dangerous weather in the coming days.