While some strengthening is possible, rapid intensification like we saw just before landfall last Friday is not likely because wind shear in the upper atmosphere has returned to the Western Gulf and will limit how strong Harvey could get before returning to land.

The forecast from the National Hurricane Center has Harvey possibly regaining winds up to 50 mph before landfall on Wednesday in far eastern Texas, just east off Houston. By that time, Harvey will be picked up by an incoming trough of low pressure and be taken north into Tennessee by the weekend. 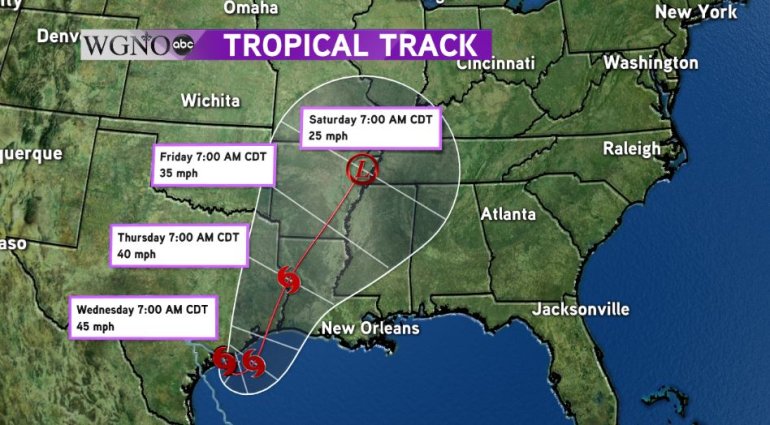 While the center of Harvey won’t be entering our viewing area, we will still be on the east side of the storm, so several days of heavy rain are in store for us as the outer bands continue to move through.

It’s possible the New Orleans area could see and additional 5″ to 10″ of rain by the end of the week and a flash flood watch is in effect for our entire Louisiana viewing area. Higher amounts are possible to our west. 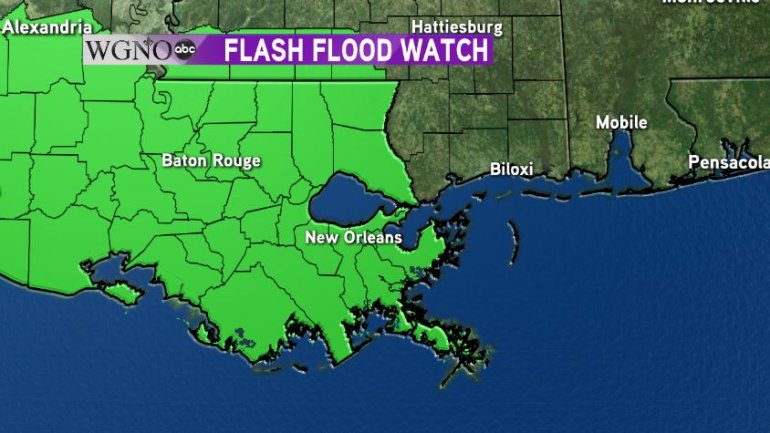 In addition to the threat of flash flooding across the area, isolated tornadoes are also a threat as the rain bands move through. Already, we’ve seen several tornado warnings in the outer bands and as the stronger bands of rain push in, the threat for tornadoes will increase. A tornado watch is ineffect for most of the viewing area until midnight. 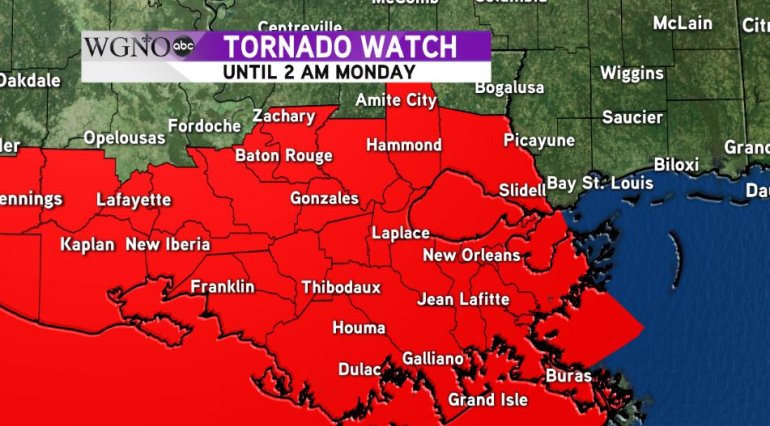 Typically in a tropical system, tornadoes are quick lived but can still cause damage in the areas where they occur.

Rain chances will remain high through the week and into the early weekend as Harvey slowly exits the region.

Drier weather could return the area by Sunday.

Finding a winter wonderland at a swimming pool company …

Suspect arrested at scene after man found dead in …

One arrested, one injured during Jefferson Parish …

‘Fleurty Girl’ has winning down to a “tee” with new …

Christmas Under the Stars kicks off holiday season

The winter wonderland at a Mandeville swimming pool …

Best gifts for people who are always cold

These coffee gifts are great to give any coffee lover …

‘Fleurty Girl’ has winning down to a “tee” with new …