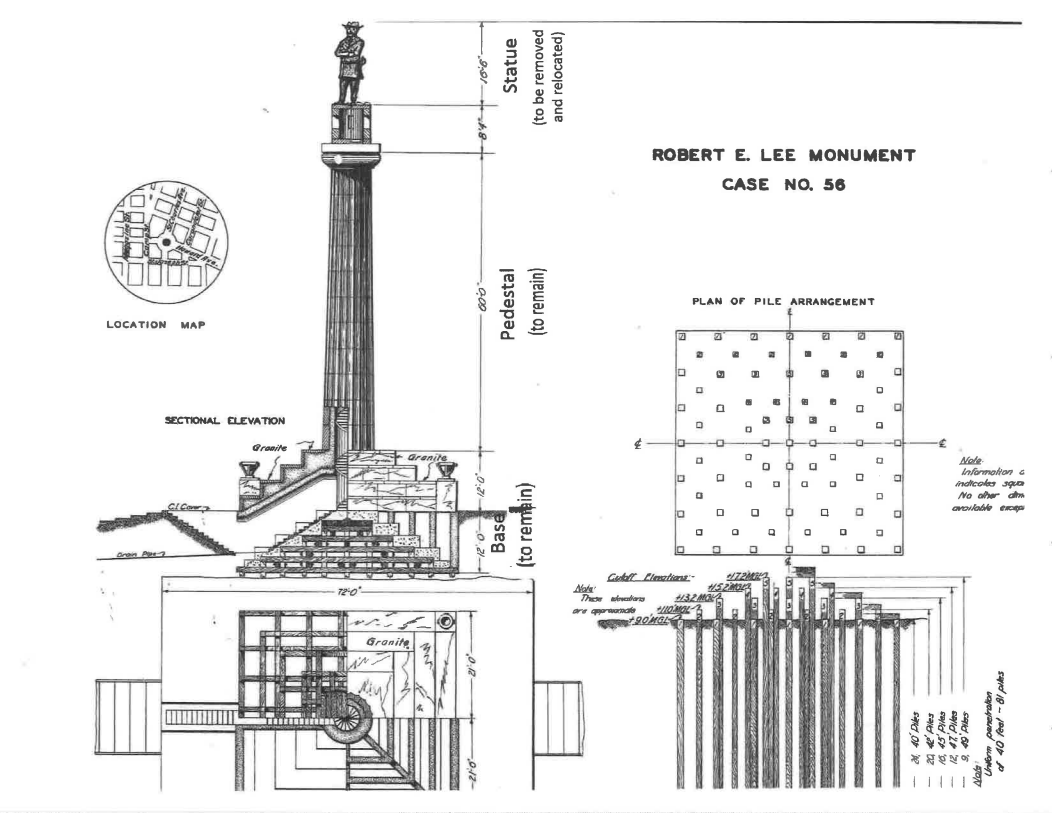 NEW ORLEANS – City work crews attempting to remove the statue of Confederate General Robert E. Lee standing at the center of Lee Circle have their work cut out for them.

The statue itself stands atop a 60 foot pedestal anchored to the ground by a base that extends 12 feet under the ground.

At street level, the base of the pedestal is surrounded by 12 feet of granite steps and adornment on each side.

At the top of the pedestal, an 8 foot, four inch base anchors the statue itself, which stands 16 and a half feet tall.

The statue was installed in 1884 in what was then Tivoli Circle on St. Charles Avenue.

Sculptor Alexander Doyle created the sculpture, which was placed on the National Register of Historic Places in 1991 and slated for removal last year after the New Orleans City Council declared it and three other Confederate Era monuments a public nuisance.