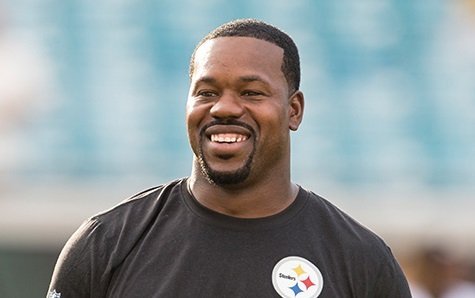 (CNN) — An assistant coach for the Pittsburgh Steelers faces aggravated assault and other charges after an altercation at a local bar Sunday night following the team’s AFC wild-card win over the Miami Dolphins.

Joey Porter, 39, was taken into custody after he allegedly assaulted a doorman at a bar in Pittsburgh. Porter is charged with aggravated assault, simple assault, resisting arrest and public drunkenness, according to a statement from the Pittsburgh Department of Public Safety.

The incident occurred around 9:30 p.m. ET when security guards at the bar summoned a Pittsburgh police officer working at a nearby restaurant and said an unruly customer “was in the process of assaulting the doorman,” according to the statement.

The officer arrived on the scene, stopped the alleged assault and arrested Porter, police said.

“We are aware of an incident tonight involving Joey Porter,” Steelers Director of Communications Burt Lauten said in a statement given to CNN. “We are still gathering information as it pertains to the situation, and we will have no further comment until we get more details.”

Porter is in his second season as an outside linebackers coach, according to the Steelers website. He spent 13 seasons in the NFL as a linebacker, playing for Pittsburgh, Miami and Arizona.

NEW ORLEANS - Quarterback Drew Brees took to Instagram to announce his decision for the 2020 NFL season.

The looming question for the last few months has been whether Drew should call it quits, and retire. And there is no doubt that he considered the idea.

Wade on LSU: We are in a rut

LSU basketball coach Will Wade has a simple explanation for the current dilemma for his Tigers.

LSU has lost three of its last four games, allowing 269 points in those losses. The Tigers have fallen out of first place in the SEC, but can climb back into a tie with a win at home Tuesday night vs 10th ranked Kentucky.

CHICAGO (AP) — Miles Bridges soared like his boss in Chicago. Zion Williamson delivered his share of punishing dunks, even damaging the rim.

It all added up to a high-flying start to the All-Star weekend.