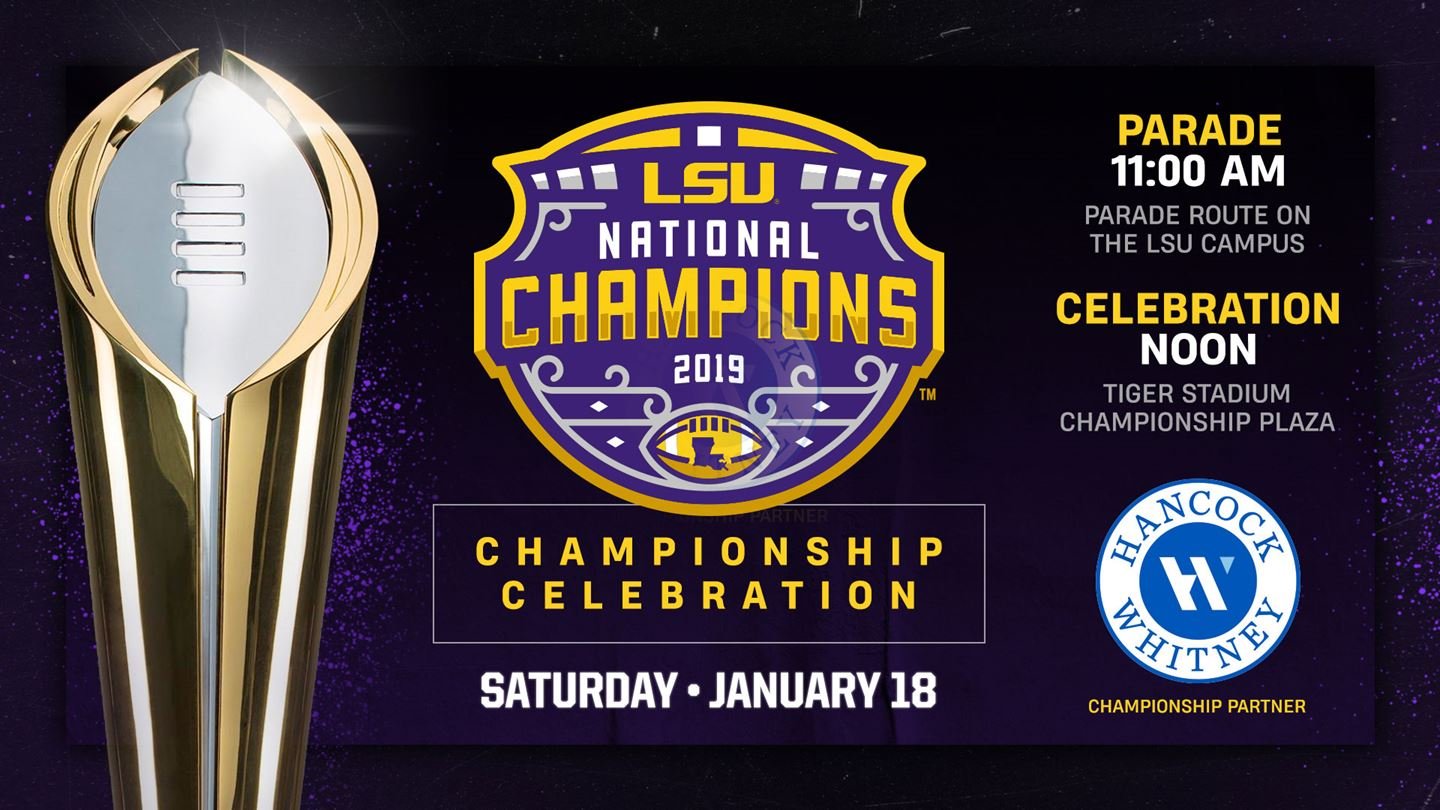 BATON ROUGE – There will be a celebratory parade for the National Champion LSU Tiger football team on Saturday, January 18.

The festivities will begin at 11 a.m. on the LSU campus and will be followed at noon with a celebration in Tiger Stadium.

As Coach O would say…”Go Tigers!”

Mainieri on Bregman: He does it the right way

The Houston Astros general manager and field manager were both fired by the team's owner for their alleged roles in a sign stealing scandal. The Astros used video to steal signs and relay them quickly to the batter in the box.

Richard Sherman’s journey: From released by Seahawks to Super Bowl-bound with 49ers

Less than two years later, the 31-year-old is leading the best defense in the NFL with the San Francisco 49ers and is on his way to his third Super Bowl in nine NFL seasons.

CAMERON, Mo. (WDAF) – A Missouri man is hoping the Chiefs become Super Bowl champions so he can finally open a rare bottle of whiskey from the last time they won.

Mike Loyd hasn’t always been a Chiefs fan. It was his wife’s father, Milton, who first introduced him to football and the team.

Five men arrested on hundreds of counts of child pornography