NEW ORLEANS — The NOPD is seeking information on an armed robbery that happened early Thursday morning in Algiers. 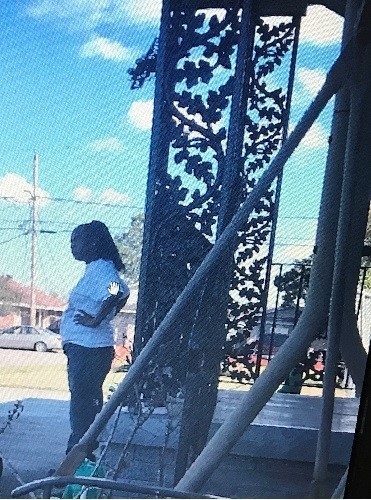 The victim told police that at about 4:40 a.m., he was awakened by a loud banging at the door in the 3300 block of Lawrence Street.

When he opened the door, the victim said, he was allegedly approached by the woman in the picture. She was reportedly armed with a knife and demanded money.

She took money from the man and fled the scene.

Anyone with information regarding this incident is asked to contact Fourth District detectives at 504-658-6040. Citizens with information that can help solve crimes are asked to call Crimestoppers at 504-822-1111 or toll-free at 1-877-903-STOP.

According to family members, who confirmed this info yesterday, the body of Quinon Pitre, 31, of St. Mary Parish is the sixth recovered. His niece took to Facebook to break the devastating news.

Louisiana soccer team sues the US after coach is denied entry