METAIRIE (WGNO) — Monday’s Wheel of Justice report included a case that we’ve previously reported, but now the NOPD is looking for a new suspect.  We told you in December to look for 21-year-old Desmond Horton and 18-year-old Jaylon Johnson.  Since then, both have been arrested.  But now the NOPD  is also looking for Nashawhan Thompson in connection with the same case.  According to police, all three suspects were involved in a shooting on December 23 in the 91-hundred block of Dixon Street in the Hollygrove neighborhood.  Police say the trio opened fire on a man and woman who escaped the gunfire unharmed.  But two of the bullets fired, according to police, hit a dog inside a house where the intended victims ran for protection.  The dog also survived the attack. 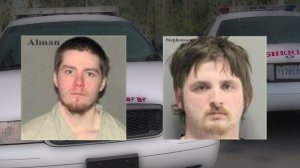 Monday’s report also included the search for suspects in a string of car burglaries in the Slidell area.  According to St. Tammany deputies, Adam Gunnerson of Slidell saw his face on the STPSO Facebook page.  He surrendered and identified two other suspects now wanted in connection with the same series of car burglaries.  They are identified as Dakota Alman of International Falls, MN, and Clinton Stephenson of Shreveport, LA.  According to deputies, Clinton and Stephenson may be in the Ocala, FL, area. 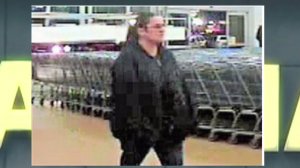 Finally, Monday’s report included the search for a woman who is accused of theft at a Kenner Wal-Mart store.  But she’s not accused of taking anything from the store.  According to Kenner Police, the woman stole a wallet and purse from a customer along with the victim’s cash, identification, and bank cards.  But that’s just part of what makes this case interesting.

For more information on the latest Wheel of Justice cases, click on the video button at the top of this story! 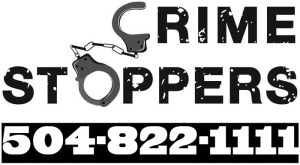 If you have information that could help solve any of the cases in this latest Wheel of Justice report, call CrimeStoppers at 504-822-1111. 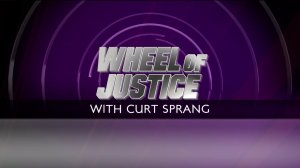 So far, more than 240 people have landed behind bars after their cases were profiled on the Wheel of Justice on WGNO News at ten!

MOSCOW (AP) — Russia maintained a tough posture amid the tensions over its troop buildup near Ukraine, with a top diplomat warning Wednesday that Moscow will accept nothing less but “watertight” U.S. guarantees precluding NATO's expansion to Ukraine.

Deputy Foreign Minister Sergei Ryabkov, who led the Russian delegation at the security talks with the U.S. in Geneva last week, reaffirmed that Moscow has no intentions of invading Ukraine as the West fears, but said that receiving Western security guarantees is the categoric imperative for Moscow.

NEW ORLEANS (WGNO) — At the keyboard, he hopes he's got a hit in his hands.

It's a sweet song.

CONCORD, N.H. (AP) — A Lebanese American man’s survivors, who filed an ambitious lawsuit last year alleging Lebanon’s security agency kidnapped and tortured him before he died in the U.S., hope to find an opening after the agency recently responded in an American court.

Amer Fakhoury died in the United States in August 2020 at age 57 after suffering from stage 4 lymphoma. His family’s suit says he developed the illness and other serious medical issues while imprisoned during a visit to Lebanon over decades-old murder and torture charges that he denied.

Ed-itorial: When it comes to the Saints QB situation – the numbers don’t lie

Dumped? You can get paid $1,100 to listen to breakup songs

Felony charges are 1st in a fatal crash involving Autopilot

Internet access on its way to parts of Louisiana

Family of slain woman fears suspect will be released