Skip to content
This is an archived article and the information in the article may be outdated. Please look at the time stamp on the story to see when it was last updated.
COVINGTON, LA — The Saint Tammany Parish Sheriff’s Department is hoping the public can help deputies arrest two suspects in a Christmas crime spree. The case is the latest one to roll on the Wheel of Justice. Deputies say that the crimes happened on Christmas Eve and continued into Christmas day. 18 cars were burglarized in 9 neighborhoods in the Covington and Madisonville area. Two of the cars were also stolen. All of the cars were unlocked, according to the STPSO. Deputies arrested two suspects. Damien Kelly and Randy Andrews face a list of charges including burglary and possession of a stolen firearm.  But deputies say two other suspects were also involved. They’re trying to locate and arrest suspects Jamone Bagent and Andrea Carter.  Deputies say all of the suspects are from the Hammond area. If you have information that can help, contact STPSO Det. Long at 985-276-1333 or Det. Evans at 985-276-1340. Click on the video button at the top of this page to see the latest Wheel of Justice report. To get a better idea of how so many cars and neighborhoods can be targeted in essentially one night, check out the map below. The subdivisions involved were Shady Oaks, Myrtle Grove, Beau Arbre, Tuscany West, Post Oak Landing, Del Sol, Normandy Oaks, Hidden Creek, and Maison du Lac.  Some of the subdivisions are located directly beside or across the street from one another. 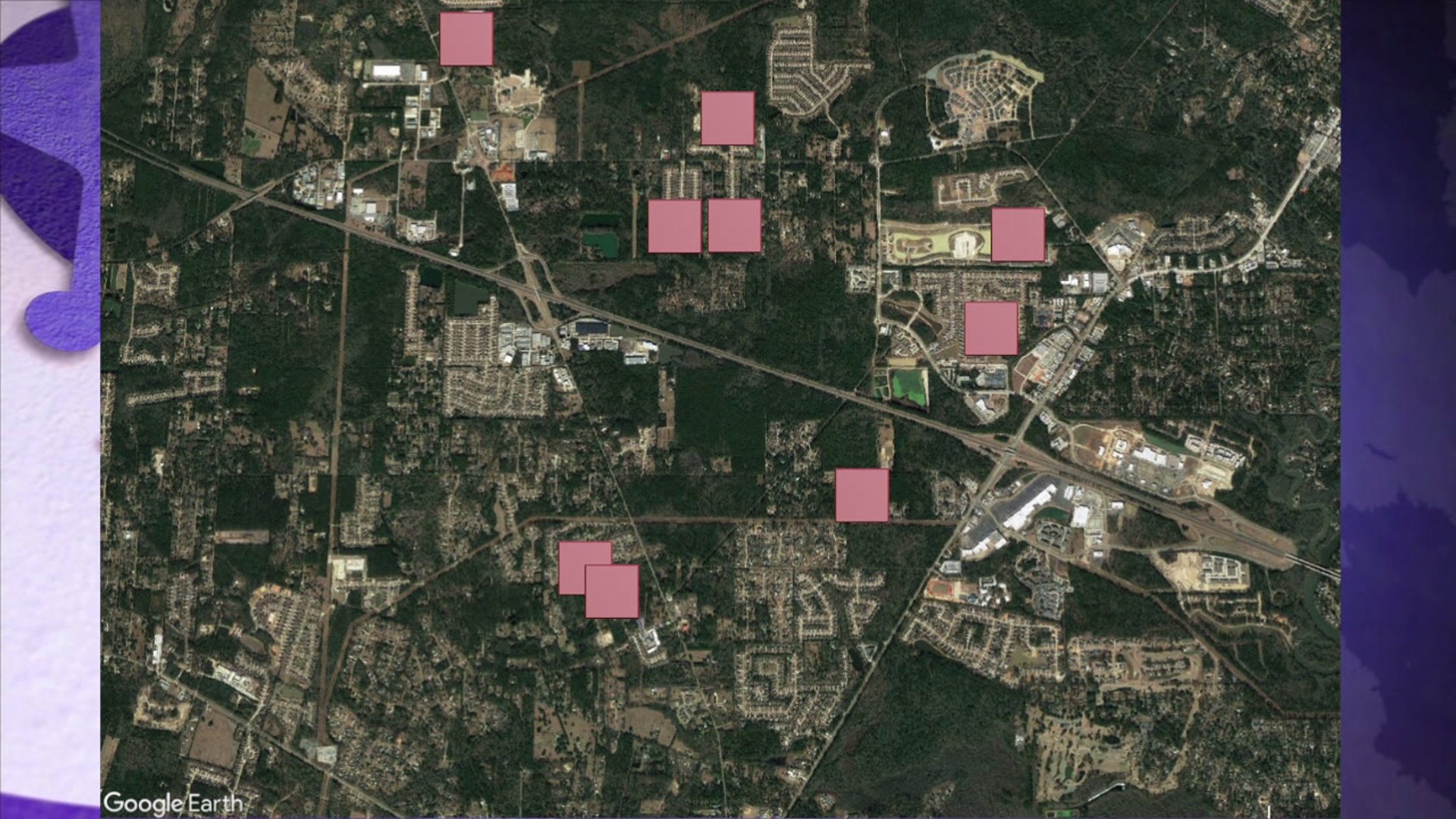