She met him several times over the years when he visited New Orleans and ate at her popular restaurant. 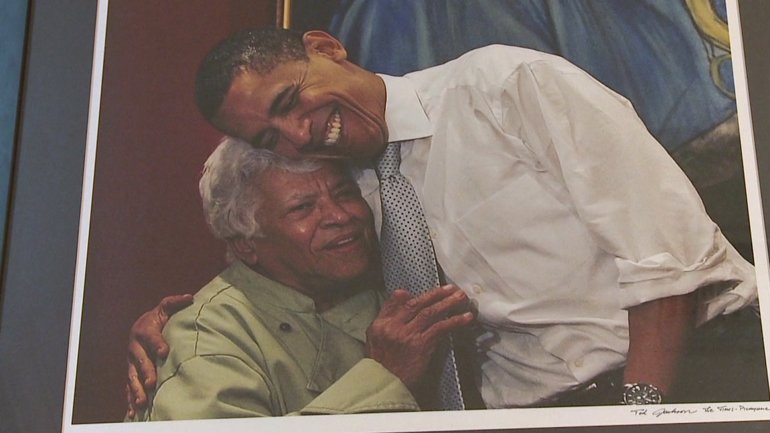 Obama had the fried chicken and the gumbo, and as Chase recalls, he made a “very big boo-boo.”

“He put hot sauce in my gumbo,” Chase said. “I had to reprimand the president.”

But Chase said she quickly forgave him because, after all, what do people from Chicago know about gumbo?

“He was a good man. He made me proud. He made all of us proud,” Chase said. “He did the job the best he could do, and that’s all you can ask of a man.”

Chase said she doesn’t expect to see Obama “sitting down,” even though he’s stepping down. If anyone can tell you about work, it’s Leah Chase. She’s 94 years old and still going strong.

“I told him that,” she recalled. “You’re too young to sit down, and you gotta work some more … You have to bring these communities together … and I hope he will do that.”

Dooky Chase’s is not the only iconic New Orleans restaurant Obama visited while he was president. He’s also eaten at Willie Mae’s and Parkway Bakery and Tavern.

The inauguration will take place at 11 a.m. Central Time Friday. It will be live-streamed on WGNO.com and broadcast on WGNO-ABC 26.

US launches mass expulsion of Haitian migrants from Texas