(ABC News) – A dog who fell off a fishing boat in the Pacific Ocean and had been “presumed dead” more than a month ago has now been found alive by Navy officials on an island 80 miles off the coast of San Diego, California.

The 1-year-old German Shepherd, named Luna, was first reported missing the morning of Feb. 10 about 2 miles off of San Clemente Island by her owner — Nick Hayworth, a fisherman — according to Sandy DeMunnik, public affairs officer for the US Navy’s Naval Base Coronado.

“He told us Luna was a very powerful swimmer and that he was 90 percent sure she’d head for shore,” DeMunnik said. “So our staff searched the island, but with no luck. He stayed in the area for two more days to look for her, and after a week, we considered her lost at sea and presumed dead.”

But this past Tuesday morning, the dog showed up to greet Navy staff arriving on the island for work.

“They saw Luna just sitting on the side of the road wagging her tail,” she said. “Keep in mind, there are no domesticated animals on the island, so it was a stunning sight.”

Navy staff were able to determine Luna was the dog who had fallen off the boat last month, DeMunnik said. She added they immediately informed Hayworth that Luna was found alive and well. 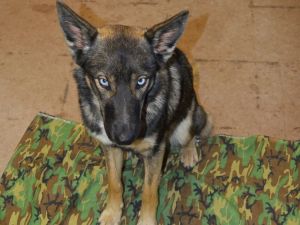 Hayworth “was actually out in the middle of a lake with horrible reception when he got the news,” DeMunnik said. “He had to do all sorts of acrobatics to get signal, but he was ecstatic — jumping up and down.”

The German Shepherd has since been examined by a wildlife biologist for the San Diego Zoo, who determined Luna was “perfectly healthy other than being a little undernourished,” DeMunnik said.

“It looks like she’d been surviving off of mice for the past few weeks,” DeMunnik said.

DeMunnik added that Luna’s survival was “incredibly remarkable,” considering the canine had to also tough out bad weather from recent El Nino storms.

Hayworth’s best friend is scheduled to pick up Luna later today and to later reunite the pup with Hayworth, DeMunnik said.

Like old times: Tigers fire up fans at the Box with 2-1 win over Alabama

The crowd was boisterous, the hitting was clutch, and the pitching was stellar.

It was like old times as LSU defeated Alabama 2-1 Friday night in SEC play at Alex Box Stadium.

NEW ORLEANS — Some Louisiana residents are still repairing their homes from last hurricane season and others are simply building new homes.

Either way, people are facing a lumber shortage across the country.

SARASOTA, Fla. (WFLA) – Police in Sarasota, Florida are reminding pet owners to not leave their four-legged friends in hot cars after officers had to smash a window to save a dog this week.

Police say they were called to University Parkway this week about a dog locked inside a car that was turned off. Body camera footage released by the Sarasota Police Department shows responding officers checking on the dog through the car window.

Get prepared for 2021 Hurricane season

LSP: Arrest made in overnight hit-and-run on Jefferson Hwy.

Mulkey to be Enshrined in Naismith Hall of Fame Saturday

Looking to buy a home? US mortgage rates fall for 4th straight week

Like old times: Tigers fire up fans at the Box with 2-1 win over Alabama