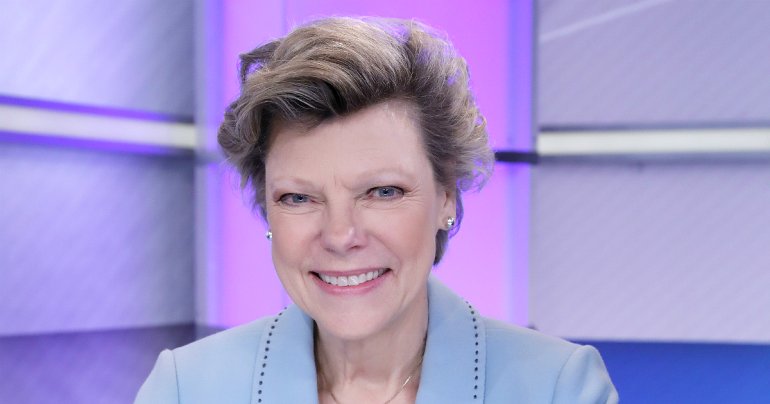 Cokie Roberts, longtime political reporter and analyst at ABC News and NPR, has died at the age of 75, ABC News reports.

“Cokie Roberts will be dearly missed,” said James Goldston, president of ABC News. “Cokie’s kindness, generosity, sharp intellect and thoughtful take on the big issues of the day made ABC a better place and all of us better journalists.”

Roberts was the daughter of Hale and Lindy Boggs, two members of Congress from Louisiana, and went on the chronicle the political world she grew up in.

Roberts is survived by her husband, Steven, two children and six grandchildren.

ABC News reports she recently acknowledged health issues. After an appearance of “This Week,” she said in a statement:

“Over the summer, I have had some health issues which required treatment that caused weight loss. I am doing fine. I very much appreciate the kind comments I have received and expect to be, as I have been, working away in the days and months to come, covering what promises to be a fascinating election. I am grateful to everyone who has been in touch and sent their well wishes. Thanks for caring.”

“Her loving family announces the passing of journalist and author Cokie Roberts, due to complications from breast cancer, on September 17. Born Mary Martha Corinne Morrison Claiborne Boggs on December 27, 1943, Cokie was – first and foremost – a wife, mother, sister, daughter, aunt, cousin and friend. Cokie’s career as a journalist at National Public Radio and ABC News took her to the heights of her profession, and her success as an author on history and family put her on the best seller list. But her values put family and relationships above all else. She is survived by her husband of 53 years, journalist, author and professor Steven V. Roberts, her children Lee Roberts and Rebecca Roberts, her grandchildren Regan, Hale and Cecilia Roberts and Claiborne, Jack and Roland Hartman, along with numerous nieces, nephews, and cousins. She is also survived by friendships and by causes that she put her time, resources and energy into that are too numerous to count. We would like to thank the staff at the National Institutes of Health for their dedication, expertise, work and incredible care for Cokie during her illness. We will miss Cokie beyond measure, both for her contributions and for her love and kindness. We are hopeful that Cokie now goes to join her parents, former Members of Congress Hale and Lindy Boggs, her siblings Barbara, Tom and William, who predecease her, and her God.”

WASHINGTON (AP) — A nationwide eviction moratorium is set to expire Saturday night after President Joe Biden and Democrats in Congress worked furiously but ultimately failed to align on a long-shot strategy to prevent millions of Americans from being forced from their homes during a COVID-19 surge.

More than 3.6 million Americans are at risk of eviction, some in a matter of days, as nearly $47 billion in federal housing aid to the states during the pandemic has been slow to make it into the hands of renters and landlords owed payments. The moratorium expires at midnight Saturday.

U.S. regulators took action Wednesday that will make it easier to get a cheaper, near-copy of a brand-name insulin at the drugstore.

Doctors now have to specifically prescribe what’s called a biosimilar or OK substituting it for a more expensive brand-name insulin.