The expansion comes just seven months after the brewery opened on Tchoupitoulas Street. 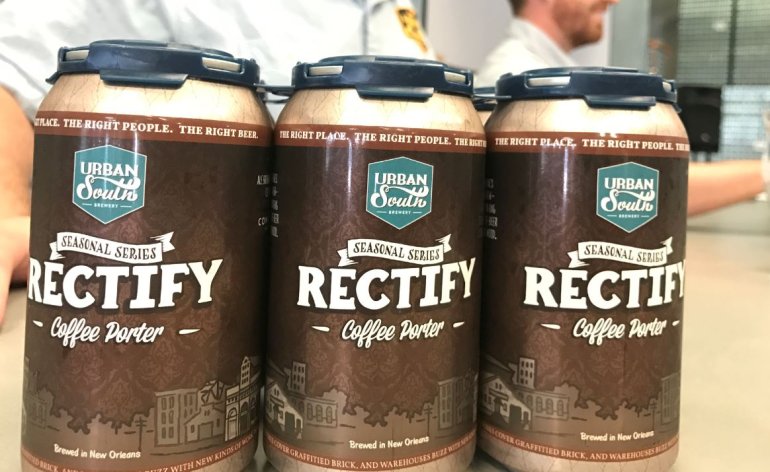 “Partnering with Craft Kettle was a no-brainer for us. We needed additional capacity, and they were a hungry startup breaking into the brewing industry. We were thrilled to find a local company who we could work with to meet our equipment needs,” said Jacob Landry with Urban South.

Up to this point, Urban South has been constrained to brewing two year-round beers, Charming Wit and Holy Roller IPA, and one seasonal brew. This capacity increase will allow the brewery to add additional year-round beers and special releases to its lineup in 2017.

The brewery opened in March 2017 and distributes beer throughout the New Orleans area. The brewery also has an on-site taproom. Visit Urban South’s website for more information.

SHREVEPORT, La. (KTAL/KMSS) — Three employees of a Shreveport grocery store are facing felony charges, accused of scheming their employer out of thousands of dollars.

McALLEN, Texas (Border Report) -- Migrant advocates expressed disbelief and anger on Tuesday after a federal judge barred the Biden administration from enforcing a 100-day moratorium on deportations after the State of Texas filed a lawsuit against the newly announced migrant removal orders.

U.S. District Judge Drew Tipton, of the Southern District of Texas, on Tuesday issued a temporary restraining order sought by Texas, which on Friday had sued against a Department of Homeland Security memo that instructed immigration agencies to pause most migrant deportations. The lawsuit was brought by Texas Attorney General Ken Paxton, who on Friday claimed the mortarium is unconstitutional, and a violation of federal immigration and an agreement between the State of Texas and DHS.

NEW ORLEANS — There has been an outpouring of support from the colleagues of former State Representative Steve Carter, who died on Tuesday due to complications from coronavirus.

Governor John Bel Edwards is the latest to offer their deepest condolences to Rep. Carter’s friends and family, following those already published, such as Senator Bill Cassidy, M.D., and Mayor-President Sharon Weston Broome of Baton Rouge.