The tropics in the Atlantic waking up? Sort-of. A series of strong tropical waves have emerged off the coast of Africa within the last week. Thankfully, dry air and wind shear is keeping all of these disturbances weak and disorganized for now.. 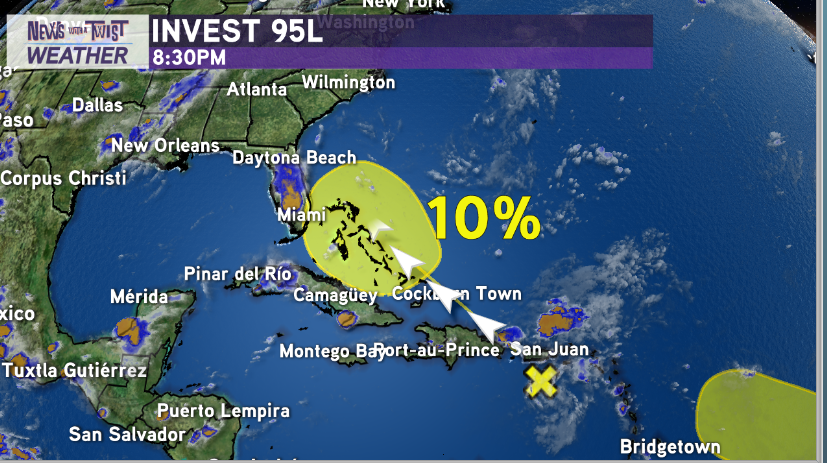 Invest 95L near Puerto Rico will likely battle wind shear for most of its lifetime, which may prevent development altogether. But the tropical wave may have a brief window to develop into a depression or tropical storm near south Florida and the Bahamas late week into the weekend. Regardless of development, rain chances for the Florida Peninsula will increase. At this time, no threat to our area. 10% chance of development. 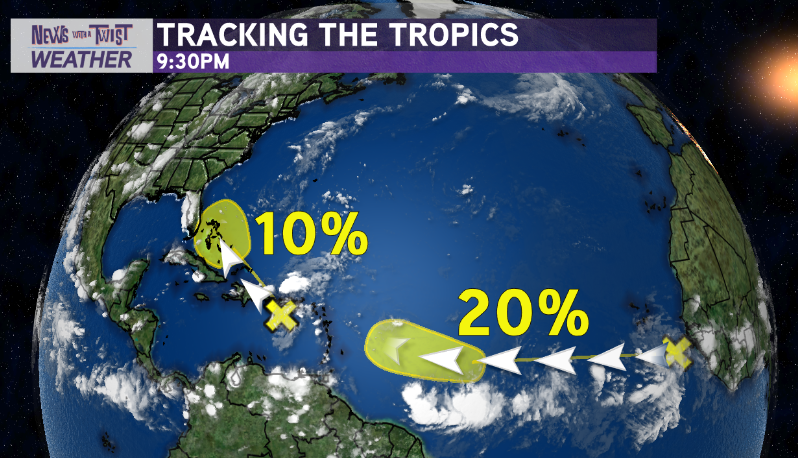 The second tropical wave near Africa in the East Atlantic is also worth watching down the road as it treks west. 20% chance of development by late week. Right now, we’ve got a persistent dip in the jet stream over the eastern United States…which typically helps steer these waves East of Florida.

Regardless, this second tropical wave is WAY out there…meaning it is still 10-14 days away from anyone in the United States…IF it ever makes it that far.

But…will this continue to be the case in August-October? Who knows…stay vigilant! Long rest of hurricane season to go.

NEW ORLEANS-- With everything going on, businesses have decided to shift their operations to help out those in need.

The shooting happened on April 3 in the 4600 block of Bayouside Drive.

NEW ORLEANS - NOPD officers are searching for a 14 year old girl reported as a runaway.

Kensi Chirinos was last seen around 2:00 p.m. on Tuesday, March 31. She reportedly left her home without permission and has not been seen or heard from since.

Watch the progression of COVID-19 in Louisiana this week

Carnival says it still has 6,000 passengers on ships, some will not disembark until late April