The center of Emily is located approximately 45 miles WSW of Tampa, FL as of the 7 a.m. CDT advisory. Emily is moving east at 8 m.p.h. and should make landfall later this afternoon as a weak tropical storm.

Emily remains very disorganized and the majority of the moisture associated with the system is south and east of the circulation center. Heavy rainfall is expected across the southern half of the Florida peninsula throughout Monday. 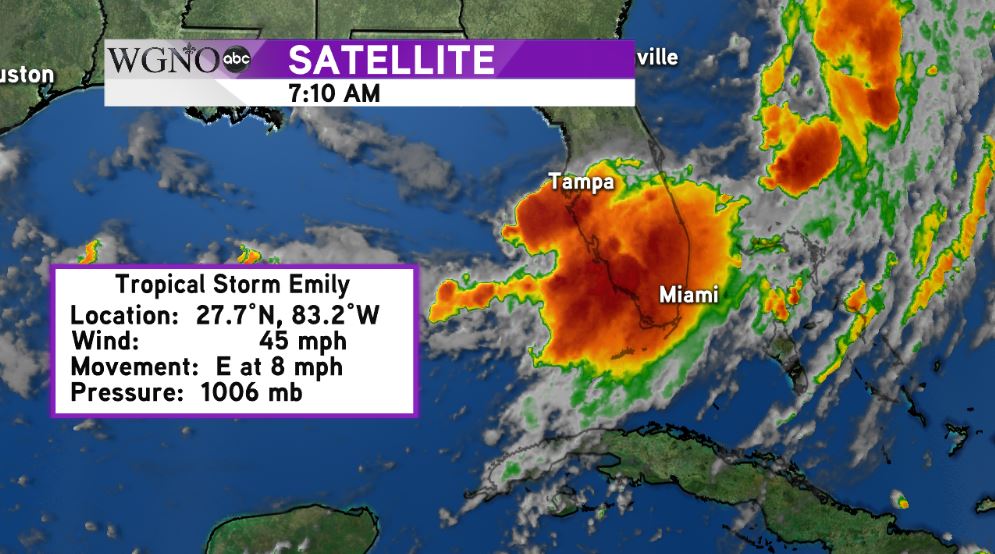 Strengthening of Emily is not expected over the next 24 hours, and in fact, Emily should weaken into a depression later today as it interacts with land. It is possible that Emily could intensify back into a tropical storm as it enters the Atlantic Oceans Tuesday morning. Conditions are not favorable for development in the Atlantic and Emily should remain a weak tropical storm or depression until it dissipates during the middle of the week. 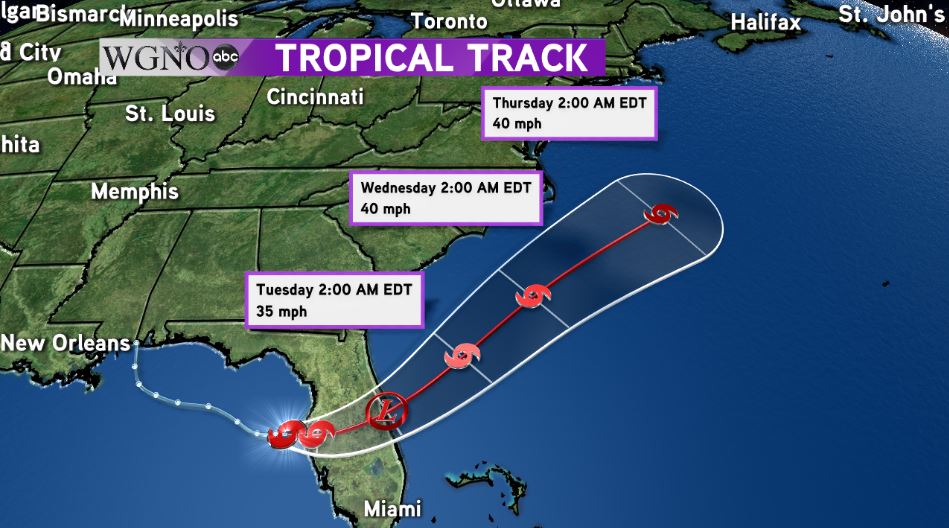 Dr. Rachel: Why breast milk is like ‘liquid gold’ for your baby