NEW ORLEANS — The powerful winter storm that left a trail of destruction from Texas to New England paralyzed the state of Louisiana with closed roads from icy conditions. But why did we see frozen rain and sleet instead of the snow that folks in Shreveport saw?

It all comes down (or up in this case) to the atmosphere above us while the storm was rolling through. 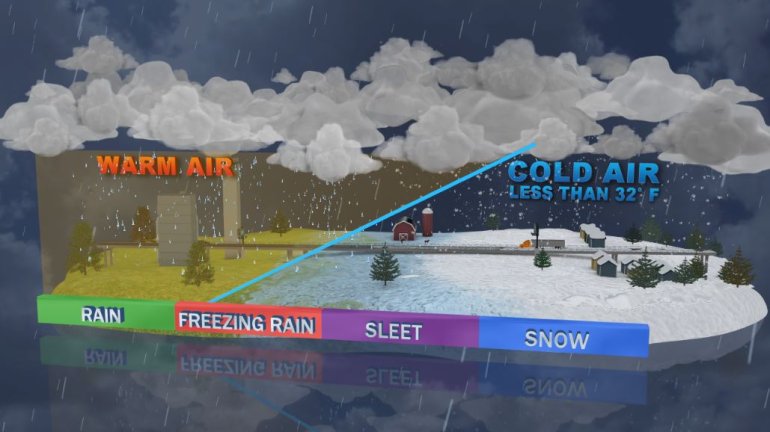 But when the temperature isn’t uniform, that’s when things get tricky. This is what happened over our area Tuesday into Wednesday.

As the precipitation moved into our area, a warm layer of air was also arriving from the south just above the frigid air at the surface. This is one of the issues with the forecast for this storm: the models didn’t account for this intrusion of warm air to be as strong as it was.

This layer of warmer air wasn’t very thick. But it didn’t need to be to play its part in this whole scenario: to melt the snow that was falling from the clouds. 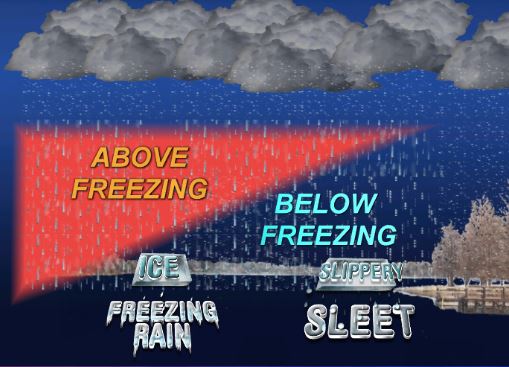 When the snow fell into this warm air, it melted into rain. But, below this warmer air, at the surface, the air was well below freezing. Unfortunately, this colder air wasn’t thick enough to refreeze the rain before it hit the surface. So it was still falling as a liquid. This is freezing rain.

And freezing rain is exactly what it sounds like. It is liquid rain that is in the process of freezing as it falls. So when it makes contact with anything: trees, power lines, vehicles, or the road, it freezes on impact into ice.

This is why we saw so many issues on the roads. Instead of a slushy mess of snow on the highway, we had solid sheets of ice that offered no traction for tires to grip. 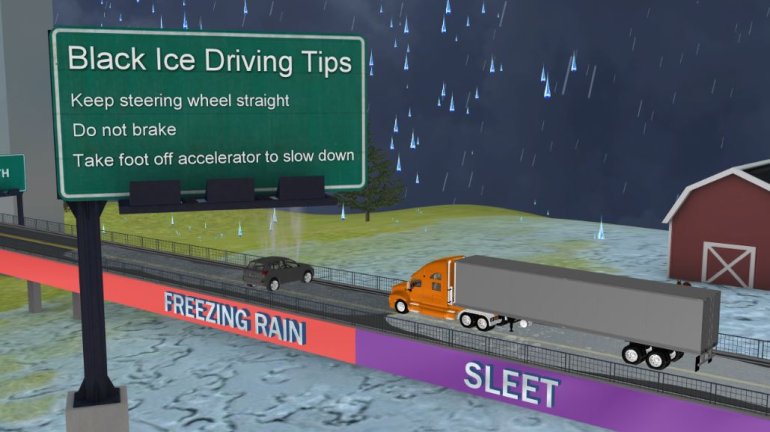 We mentioned earlier that the rain was in the process of freezing as it was falling through this shallow layer of colder air. That’s important. As the falling rain was freezing, it was also cooling the atmosphere at the same time, making this shallow layer thicker over time. That’s why it eventually turned to sleet. Sleet is when the liquid has enough time to re-freeze before hitting the surface.

Unfortunately the warm layer of air stuck around while the precipitation was falling on the South Shore, so we really never got the see the solid snow showers that folks to the north saw. If we had, the roads may not have been in as bad of shape as they were for as long.

Here’s a compilation of viewer photos from the two-day freeze:

The Tigers remain at home this weekend as they take on Oral Roberts University.

NEW YORK (NewsNation Now) — A majority of New York voters polled in the latest survey from Emerson College and NewsNation say Gov. Andrew Cuomo should not be elected for a fourth term in 2022.

With a job approval rating of 38%, the Democratic governor is under fire after three women came forward with allegations of sexual harassment involving Cuomo. Even among Democrats, those polled are split on reelection, with 52% saying he should serve another term and 48% saying it is time for someone new.

Deputies said the driver crashed into a retention pond and was unable to escape her sinking vehicle.

Victims advocates get significant tool in fight against domestic violence