NEW ORLEANS– There’s a musician who’s doing things in his own unique way.  Matthew Olshefski is known as “The Shirtless Violinist,” because he performs without a shirt on.  He’s since become a YouTube sensation. 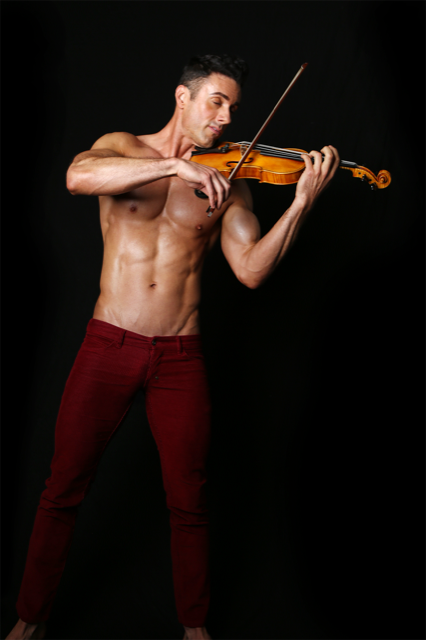 News with a Twist Reporter Kenny Lopez recently caught up with Matthew and he told Kenny about how he made the decision to be a “shirtless violinist.”

“A few years ago I started noticing different classical musicians “crossing over” and posting really beautiful and creative music videos on YouTube. I had been playing the violin professionally for many years, and this new trend sparked my imagination. I knew instantly it was something I wanted to try myself, ” he said.

Matthew goes on to say, “I told my partner, Paul, about my dream and he was immediately interested in helping – but he made one (life-changing) suggestion: “More people will click on your video if you do it shirtless!” I laughed out loud as soon as he said it. I grew up in a very conservative Midwestern home, so the idea of taking my shirt off in front of anyone was hilarious. It’s just not something I ever did. But Paul was certain this would give the video an extra push, so I decided to have a little fun and play along (it was the middle of August, after all!). Well it would seem my fate was sealed because with that first video I instantly became known as The Shirtless Violinist.”

He’s been doing this for two years now and the typical reaction is very positive. 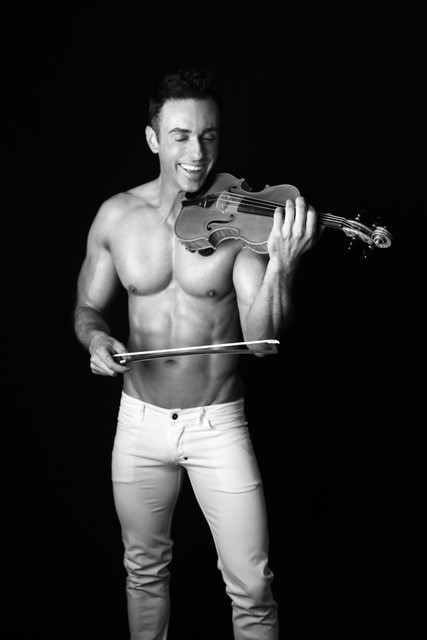 He said, “In person, most people laugh, smile, and immediately want to know more. Online and in comments, I am flooded with messages of encouragement, support, and overall excitement. All I ever wanted to do was bring a classical instrument to the attention of people who wouldn’t otherwise give it a chance. I feel like I am succeeding in doing that! There is, of course, a flip-side to the positive feedback. A much less common reaction is anger, bigotry, and vitriol. You might be surprised to know that most of the negative attention I receive is directly from the classical music community! However, earlier this year, Symphony Hall in Birmingham UK asked me to perform on their stage for a music video they used at the annual Pride Parade and festival. I was so honored to have that opportunity, and it really showed me that people in the classical community were willing to embrace my work.”

And by the way he spends time at the gym six days a week to keep his physique.

For more information about “The Shirtless Violinist,” click HERE.

LAPLACE, La. — An update posted on the St. John the Baptist Parish Sheriff's Office official Facebook page has revealed that nine victims, not six as previously reported, of a mass shooting at a kid's birthday party in LaPlace on Saturday night were in fact all juveniles.

Of the nine, seven were treated at a local hospital and released. Two remain in the hospital in stable condition.

While most Americans have weathered the pandemic financially, about 38 million say they are worse off now than before the outbreak began in the U.S.

Overall, 55% of Americans say their financial circumstances are about the same now as a year ago, and 30% say their finances have improved, according to a new poll from Impact Genome and The Associated Press-NORC Center for Public Affairs Research. But 15% say they are worse off.

RALEIGH, N.C. (WNCN) —As we get more consistently warmer days, we are about to see an invasion that happens only once every 17 years.

$500 reward for info on abandoned dog and five puppies

In a jam-packed shelter for the expelled, Mexican families and Central Americans cling to hope