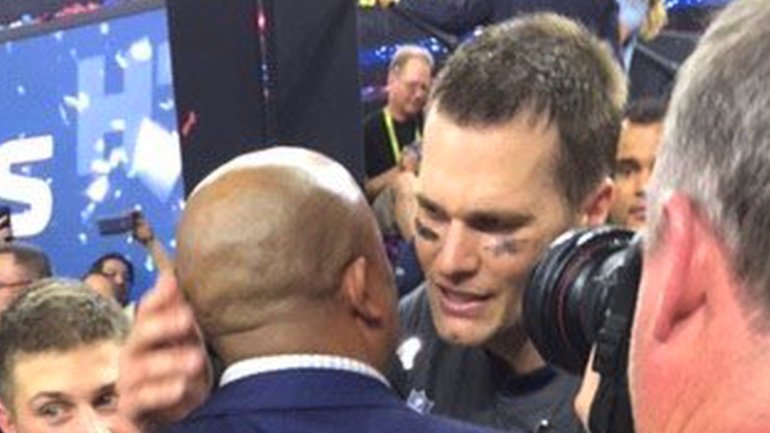 Lt. Gov. Dan Patrick said Monday that he has called in the storied Rangers to help Houston police track down Brady’s jersey, which vanished after Brady led his team to victory on Sunday in the biggest comeback in Super Bowl history, CNN affiliate KTRK-TV reported.

In the locker room, Brady quickly noticed his No. 12 jersey was missing after the game at NRG stadium in Houston. Brady said he had put it in his bag.

“In Texas we place a very high value on hospitality and football. Tom Brady’s jersey has great historical value and is already being called ‘the most valuable NFL collectable ever.’ It will likely go into the Hall of Fame one day,” Patrick said in a press release. “It is important that history does not record that it was stolen in Texas.”

“I’m a Texans and Cowboys fan first, but the unquestionable success of the Super Bowl in Houston last night was a big win for our entire state and I don’t want anything to mar that victory. Whoever took this jersey should turn it in. The Texas Rangers are on the trail,” Patrick said.

Houston police told CNN they are in contact with NFL security, but don’t currently have a police report.

“We have been looking into this disappointing matter and will continue to assist law enforcement authorities,” an NFL spokesman said.

The Texas Rangers said they have offered assistance to Houston police. On Twitter, the Major League Baseball team with the same name quipped they, too, were on the case. They offered the services of star infielder Adrián Beltré as “lead detective.”

Brady put on a spectacular show on Sunday. He threw for a Super Bowl record 466 yards and two touchdowns as he rallied his Patriots from a 25-point deficit to defeat the Atlanta Falcons 34-28 in Super Bowl LI.

Brady, who described the match as a “hell of a football ball game,” was named Super Bowl MVP for the fourth time. It was his fifth Super Bowl title.

After the game, Brady stood in the locker room smiling as owner Robert Kraft weaved through the clusters of people to congratulate his star quarterback.

“I put it in my bag, then I came out and it wasn’t there anymore,” Brady said Monday. “So, it’s unfortunate because that’s a nice piece of memorabilia. So if it shows up on eBay somewhere, someone let me know, try to track that down.”

So how much could the jersey be worth?

Time quotes Rich Mueller, editor of Sports Collectors Daily, who said he “wouldn’t be surprised to see such a jersey hit $400,000 or more.”

There have been other famous swipes in sports history.

More than two decades ago, Michael Jordan’s trademark No. 23 jersey was believed to have been stolen at a Valentine’s Day game between the Chicago Bulls and Orlando Magic, according to an article in si.com. The Bulls didn’t have a backup jersey — but Jordan didn’t miss the game.

Jordan wore No. 12 instead; the jersey didn’t have his name on the back.

In a letter, the school’s principal, Sean Hughes, said the items were swiped from a display case outside the Bryant Gymnasium.

“While the items from the case are not of substantial monetary value, they do have a great deal of sentimental importance,” Hughes wrote, KYW reported.

Brady’s No. 12 jersey checks both boxes.

New Orleans - A man and a woman fell from a balcony tonight, at about 8 p.m. as an Uptown parade was passing by.

New Orleans - EMS reports that 2 riders have fallen from floats in the Toth parade.

The first rider fell from the lower level of double decker float #16, titled "The Congo," at 3:30 this afternoon, as the parade moved along the Uptown route. The unidentified victim fell near the corner of St. Charles Avenue and Louisiana.