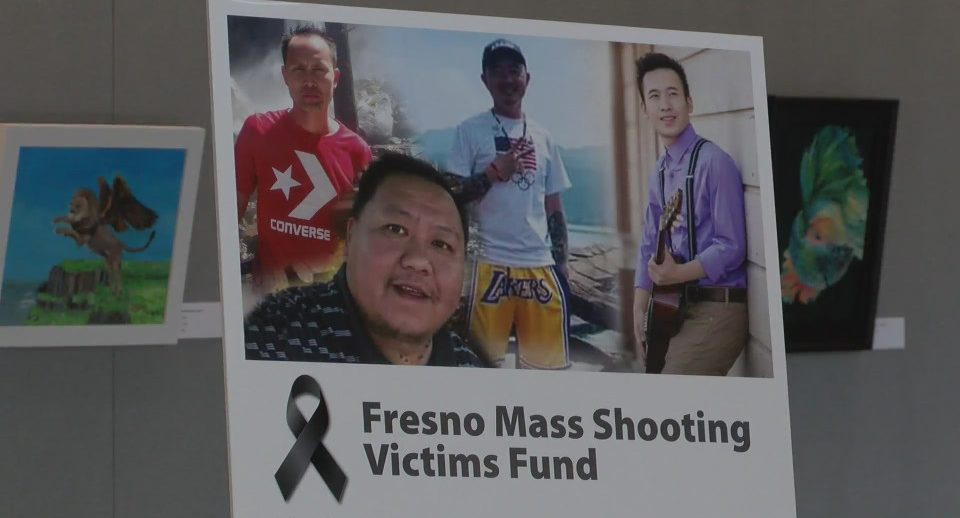 Six suspected gang members have been arrested in connection with a retaliatory shooting that left four people dead at a football watch party at a Fresno, California, home, authorities said Tuesday.

The suspects allegedly carried out the November 17 shooting at the outdoor party they believed was attended by members of a rival gang behind the death of one suspect’s brother hours earlier, Fresno Police Chief Andrew Hall told reporters.

“The shooting affected not only the city but also really impacted our Hmong American community,” Hall said, referring to the refugee group from Laos that aided the United States during the Vietnam War.

The six suspects face charges of homicide, attempted homicide as well as conspiracy to commit murder and gang- and firearms-related counts, officials said. They are being held on $11 million bail each, Hall said.

Another man, Sia Vang, 23, is being sought as a person of interest in the case, Hall said.

A group of family and friends had gathered in a Fresno backyard November 17 to watch a football game when gunmen sneaked into the yard and began shooting, killing four young men and wounding six others, police said.

About 30 people, including several children who were inside the home, were attending the party when the suspects began shooting into the crowd, according to police.

About 16 partygoers, all of them men, were in the backyard watching the Sunday Night Football game when the gunfire erupted, Hall said at the time.

Three people were pronounced dead at the scene, and a 40-year-old was taken to a hospital, where he died in surgery, police said.

The men who were killed were identified as Xy Lee, 23; Phia Vang, 31; Kou Xiong, 38, who lived at the house; and Kalaxang Thao, 40, according to the Fresno County Coroner’s Office.

Five additional victims between the ages of 28 and 36 were taken to a hospital with non-life-threatening gunshot wounds, officials said. Another man was taken to a different hospital, where he was treated for a graze wound.

The area is described as a 10-block southeast Fresno neighborhood that is home to many Latino and Southeast Asian, particularly Hmong, residents.

About 5,000 years ago, a third of the Hmong population migrated from what is now called China to the northern parts of Vietnam, Thailand, Myanmar and Laos. In 1893, the Kingdom of Laos became a French colony and by 1947, the Hmong were officially recognized as citizens of Laos in part because of their help fighting the Japanese in World War II.

Many Hmong sided with the United States during the Vietnam War when the conflict spread to Laos, serving as an important ally to the United States. Thousands of Hmong fled to neighboring Thailand when the Communists assumed power in 1975.

Investigators say that 34-year-old Azemore Joseph shot Vanderhorst around 8:05 p.m. at that location.

NEW ORLEANS, LA - A paint class is barking up attention on social media. Local artist, Lillian Aguinaga, started Painted Paw art class in 2012 after falling in love with a pooch of her own!

A portion of proceeds from the art class benefits various organizations and animal rescue groups! Each participant brings in a picture of their furry friend, and Lillian helps to bring that pet to life!

Edi-torial: Pelini the sequel can be as good as the original

Some clouds this evening will give way to mainly clear skies overnight. Low 49F. Winds light and variable. Precip: 10%