NEW ORLEANS— Renard Matthews was killed in New Orleans 2 weeks ago.  He was a young 18 years old, and while the tragedy of losing him so young weighs heavy on his family, they chose to have his body prepared for Sunday afternoon’s wake in a way that they want to remember him.

At the Charbonnet Labat Glapion Funeral Home in Treme, Matthews was sitting in a chair, video game controller in hand, surrounded by his favorite snacks, and his beloved Boston Celtics on the television screen. 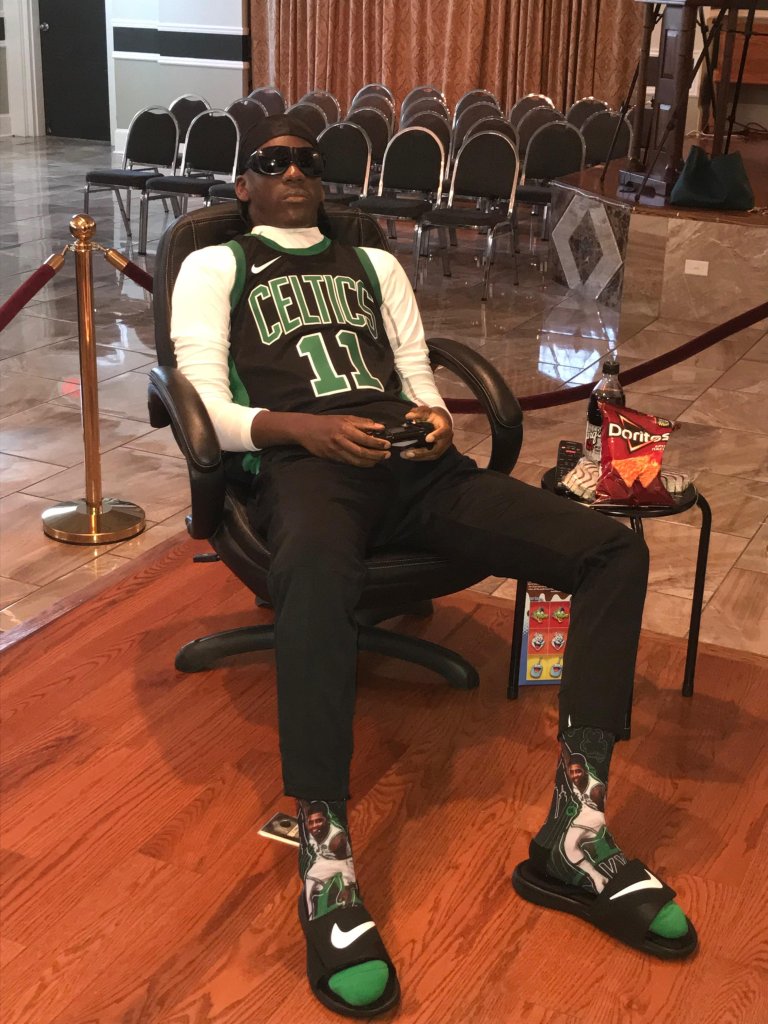 Matthew’s mother Temeka says her son was a bit of a homebody, who only recently started to venture out to walk the dog she’d recently gotten him.  Temeka Matthews also said that her son was a big fan of Celtics guard Kyrie Irving.

Family and friends gathered for Sunday’s wake.  Renard Matthews will be buried Tuesday.

Oklahoma the most CBD-obsessed state in America

Where Y’at this Weekend? Art, Fried Chicken, and …

NOPD searching for suspects in two self storage business …

The City of New Orleans discontinues the Mayors control …

Oklahoma the most CBD-obsessed state in America

How to help victims of Hurricane Ian in Florida

Brazil election: A clash of titans as Bolsonaro faces …

$8 million owed to the city by the SWBO

Stunning afternoon on the way Thursday!

Where to get free coffee on National Coffee Day

$8 million owed to the city by the SWBO