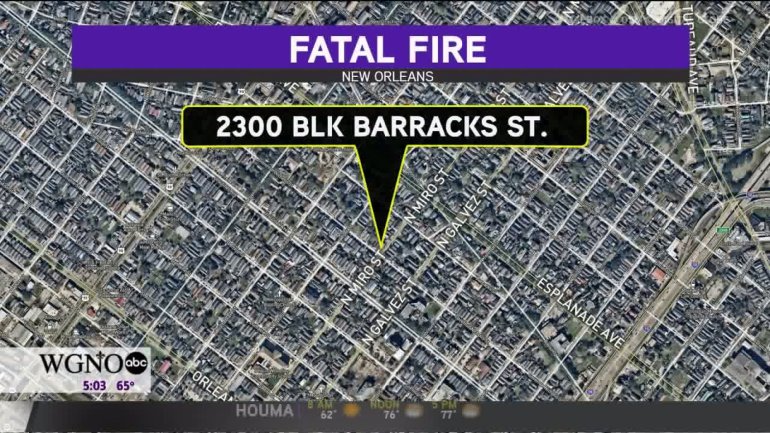 New Orleans- A 54-year-old man is dead this morning after a house fire last night in the 7th Ward.

Around 7 o’clock last night, the NOFD responded to reports of a house fire in the 2300 block of Barracks Street.

Upon arrival, firefighters learned that the man was trapped inside of the 1-story structure.

By the time they were able to enter the home, they discovered the man unconscious.

He was taken outside and transported to University Hospital where he was later pronounced dead.

His identity is unknown at this time.

Firefighters were able to extinguish the blaze around 7:45 p.m.

The cause remains under investigation.

DETROIT (AP) — Pandemic lockdowns and stay-at-home orders kept many drivers off U.S. roads and highways last year. But those who did venture out found open lanes that only invited reckless driving, leading to a sharp increase in traffic-crash deaths across the country.

The nonprofit National Safety Council estimates in a report issued Thursday that 42,060 people died in vehicle crashes in 2020, an 8% increase over 2019 and the first jump in four years.

BATON ROUGE, La. — On March 5, during the LSU Board of Supervisors meeting, Husch Blackwell presented the findings of their independent investigation of how LSU handled allegations of sexual and domestic assault in years past.

During the meeting, LSU President announced the suspension of Executive Director AD Verge Ausberry for 30 days without pay, as well as Sr. Associate AD Miriam Seger, for 21 days.

MONROE, La. (KTVE/KARD) -- A Monroe man has been arrested on four different drug charges, violation of a protective order, and disturbing the peace.

According to Monroe Police, MPD HEAT got a tip saying Jekorris Williams was selling drugs out of his home on North McGuire Avenue. Police say they spent 24 hours monitoring electronic communication that facilitated the sale of marijuana via a cooperating witness.

Got debt? Then you may be in for some unwelcome tax surprises