Potential Tropical Cyclone Sixteen has formed in the Southern Gulf of Mexico with max winds of 40mph. 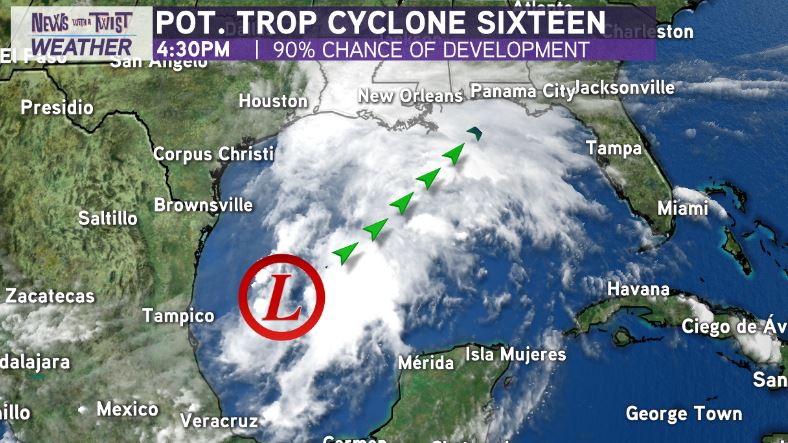 It’s expected to organize into Tropical or Subtropical Storm Nestor overnight as it races towards the northern Gulf Coast. Gradual strengthening into a 50-55mph storm likely before landfall along the Florida Panhandle Friday night. 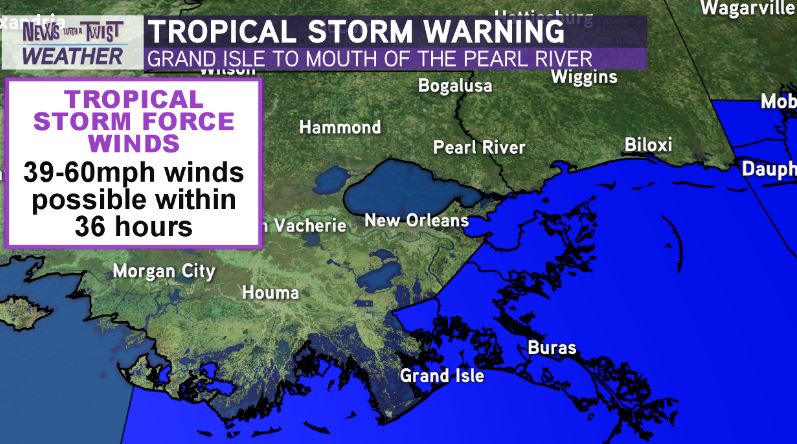 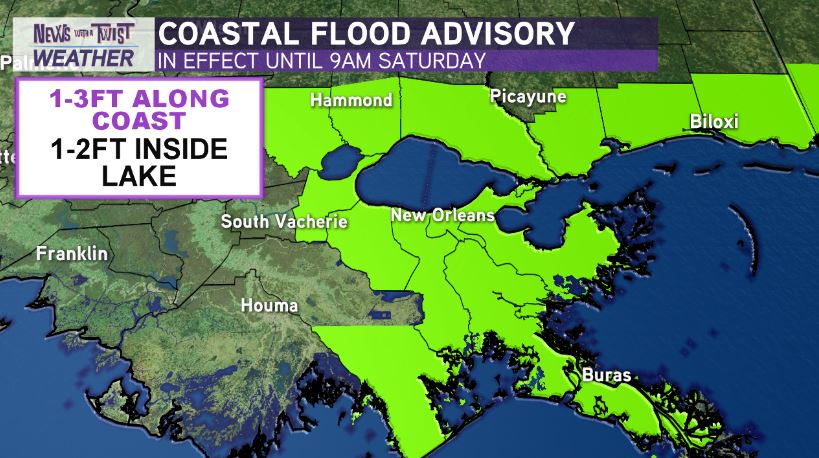 COASTAL FLOOD ADVISORY — Issued until 9AM Saturday. 1-3 feet of coastal flooding possible along the coast. 1-2 feet of tidal rise inside Lake Pontchartrain. 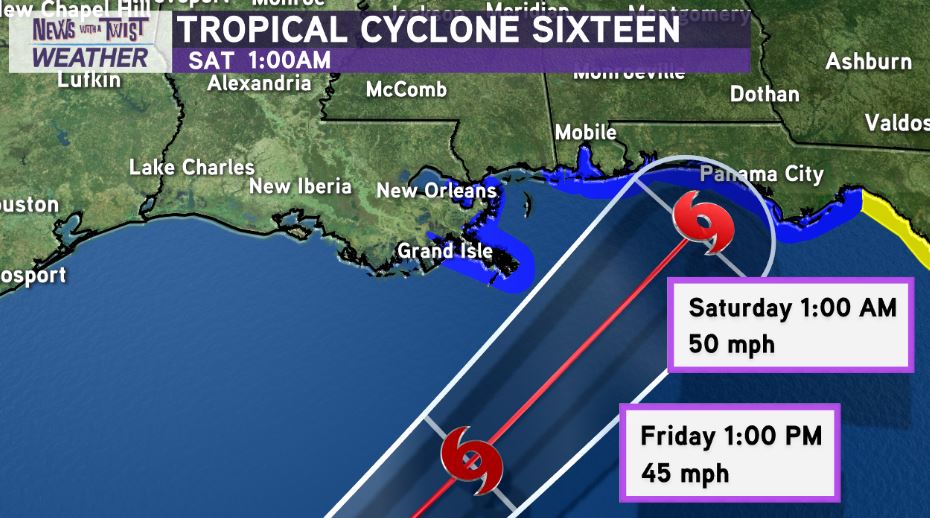 The system is expected to pass within 100 miles of the Mouth of the Mississippi River at it’s closest approach late Friday afternoon into early Friday night. Breezy conditions, few scattered passing downpours for inland southeast Louisiana. 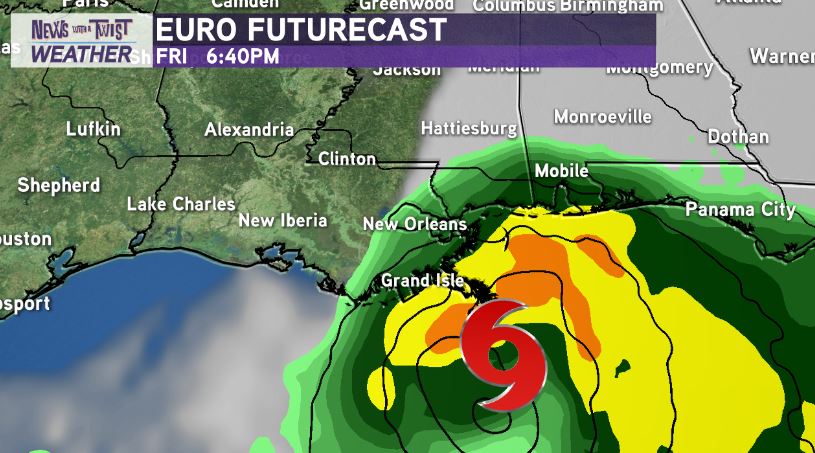 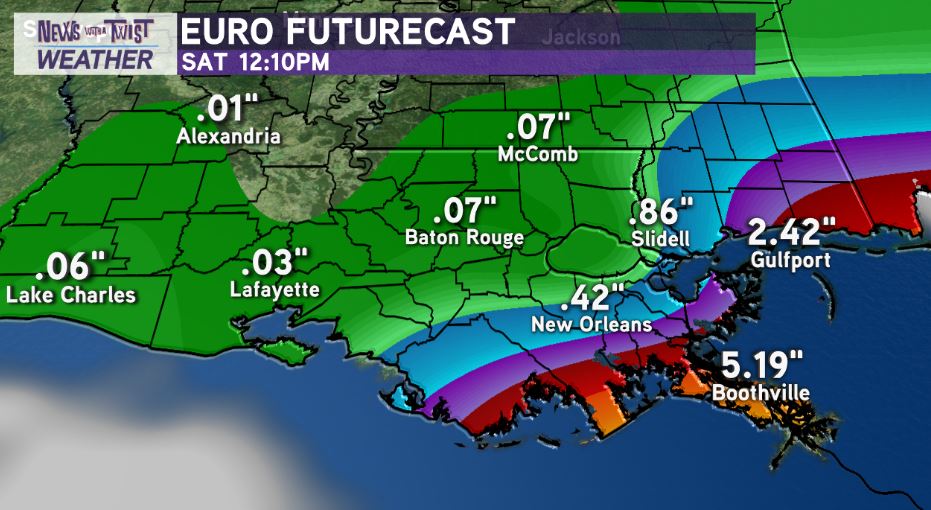 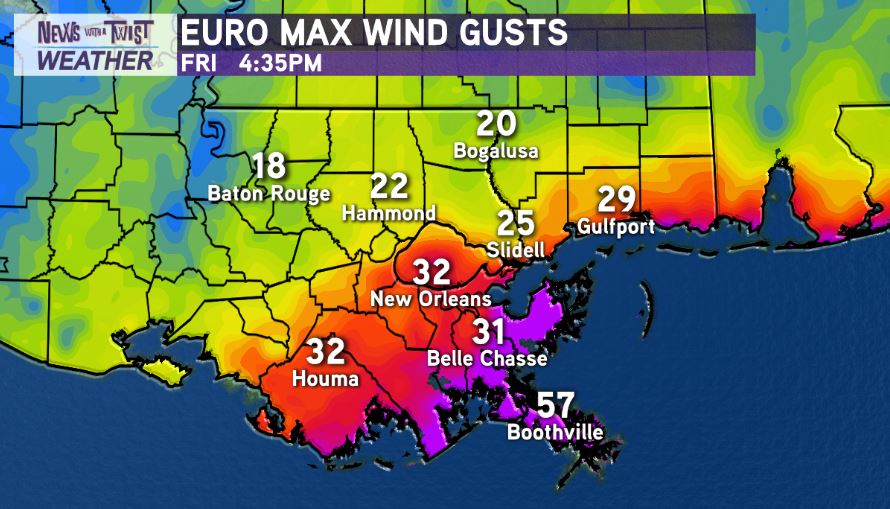 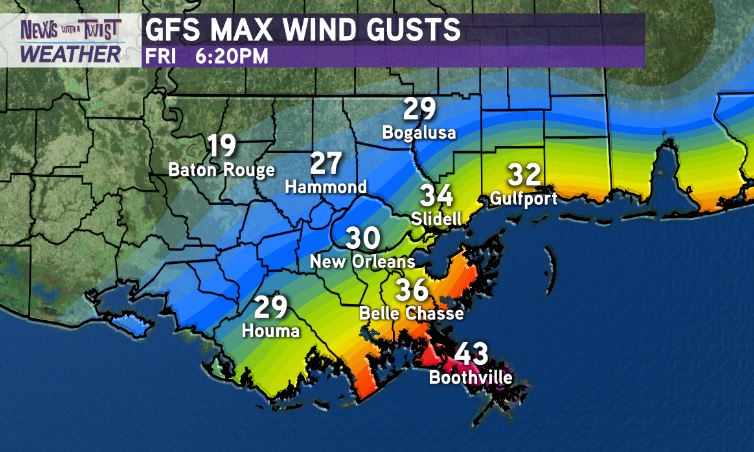 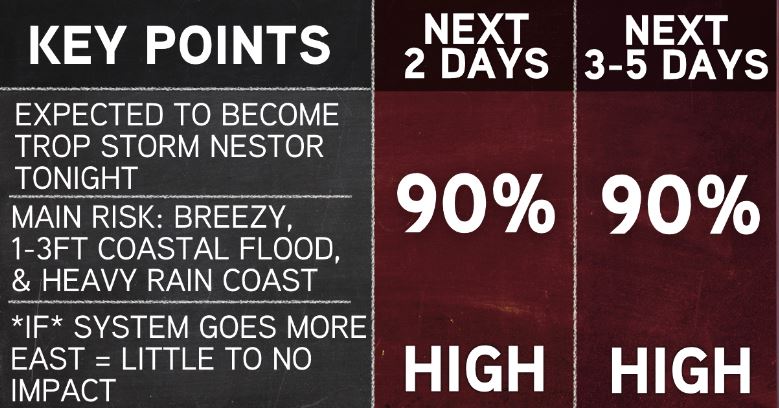 LAKE ST. LOUIS, Mo. (WJW) — Two mothers and their 12-year-old daughters were tragically killed in a car crash while on their way to a volleyball tournament.

It happened Friday morning near Lake Saint Louis in Missouri.

NOPD: 12-year-old boy arrested for shooting his mother in the head

LSU-themed Cocktail at Jewel of the South

Grab the Mic: Should marijuana be legal in Louisiana?