NEW ORLEANS (WGNO) - Built in the 1930s, the Lakefront Airport's original art deco style is celebrated today, but a 1960s remodeling covered up the distinctive features. A beautiful set of murals got pushed to the side and eventually forgotten. Until Katrina.

"Several of these paintings were found behind walls during the restoration of the building," said Elise Grenier of Grenier Conservation.  "We're removing rice paper. Protective rice paper that we found on the surface. And adhesive, which is present on all of the paintings." 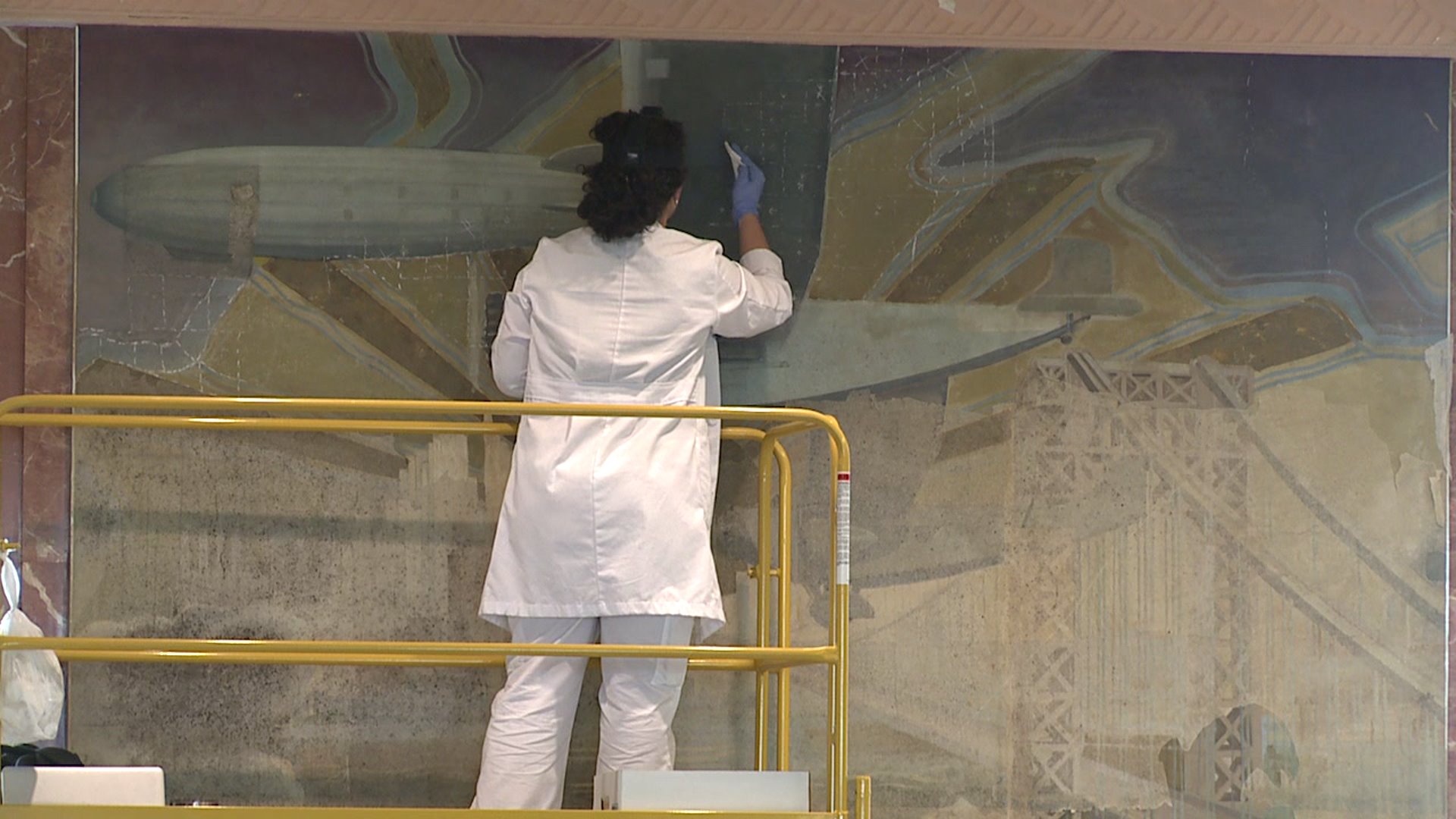 Turns out, someone in the 60s had the foresight to protect the unloved paintings. It almost worked.

"Because of the toxic situation that we found here after Katrina in the flooding in here, it's imperative to remove the paper as soon as possible. The mold can attack the surface of the painting," said Grenier.

Grenier and her team are peeling away that paper. Inch by tedious inch. 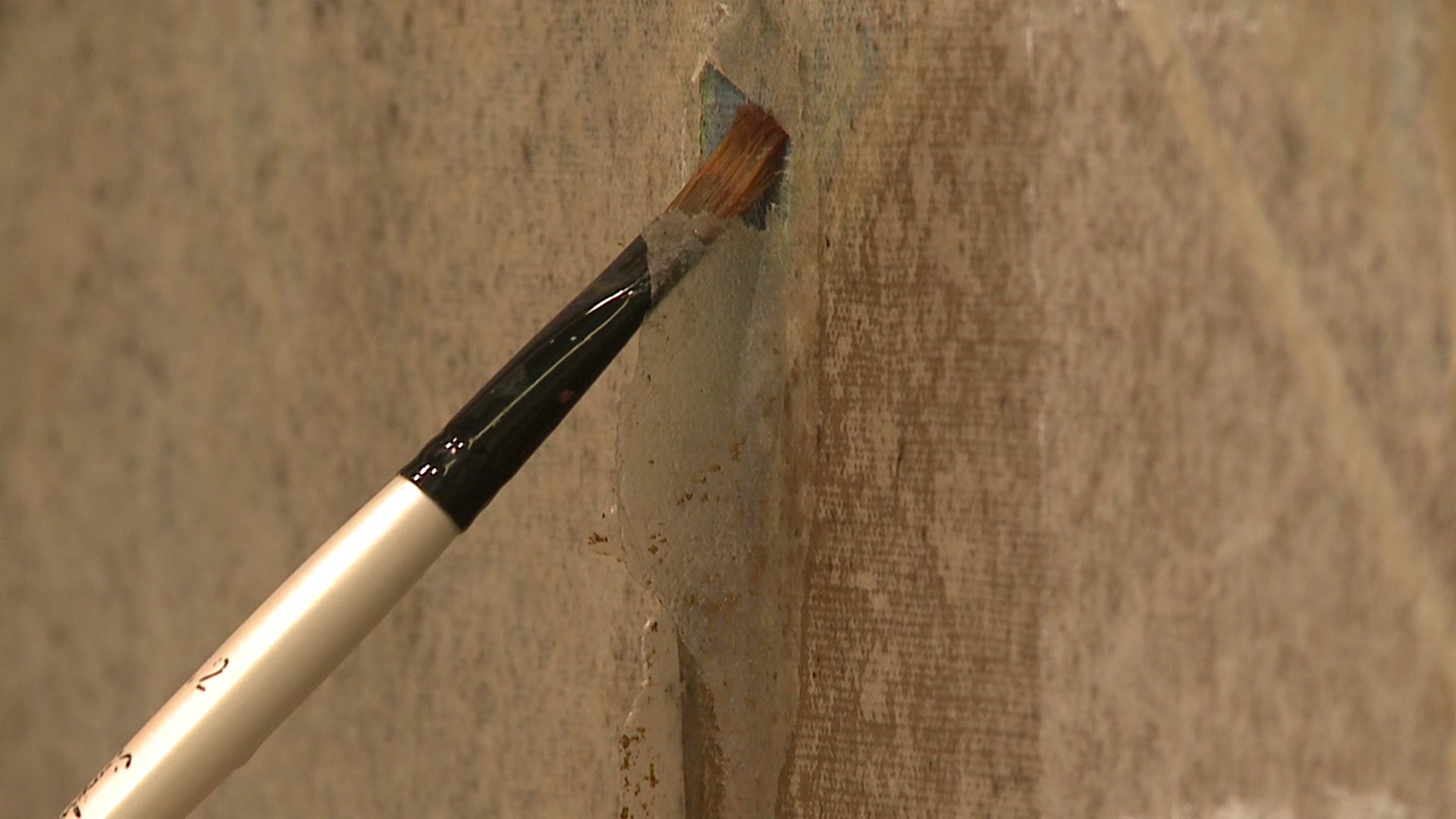 "We're very pleased at the condition of the paintings under the rice paper [... ] it's miraculous actually that they're in such good condition," said Grenier.

But there's a mystery that hasn't been solved.

The restored compass on the airport's floor is a clue.

Each of the eight murals depicts a flight in aviation history.  To the North, a historic flight to New York. To the South, Rio de Janeiro. But to the West, no sign of a flight to Bali.

That's the one that is missing. 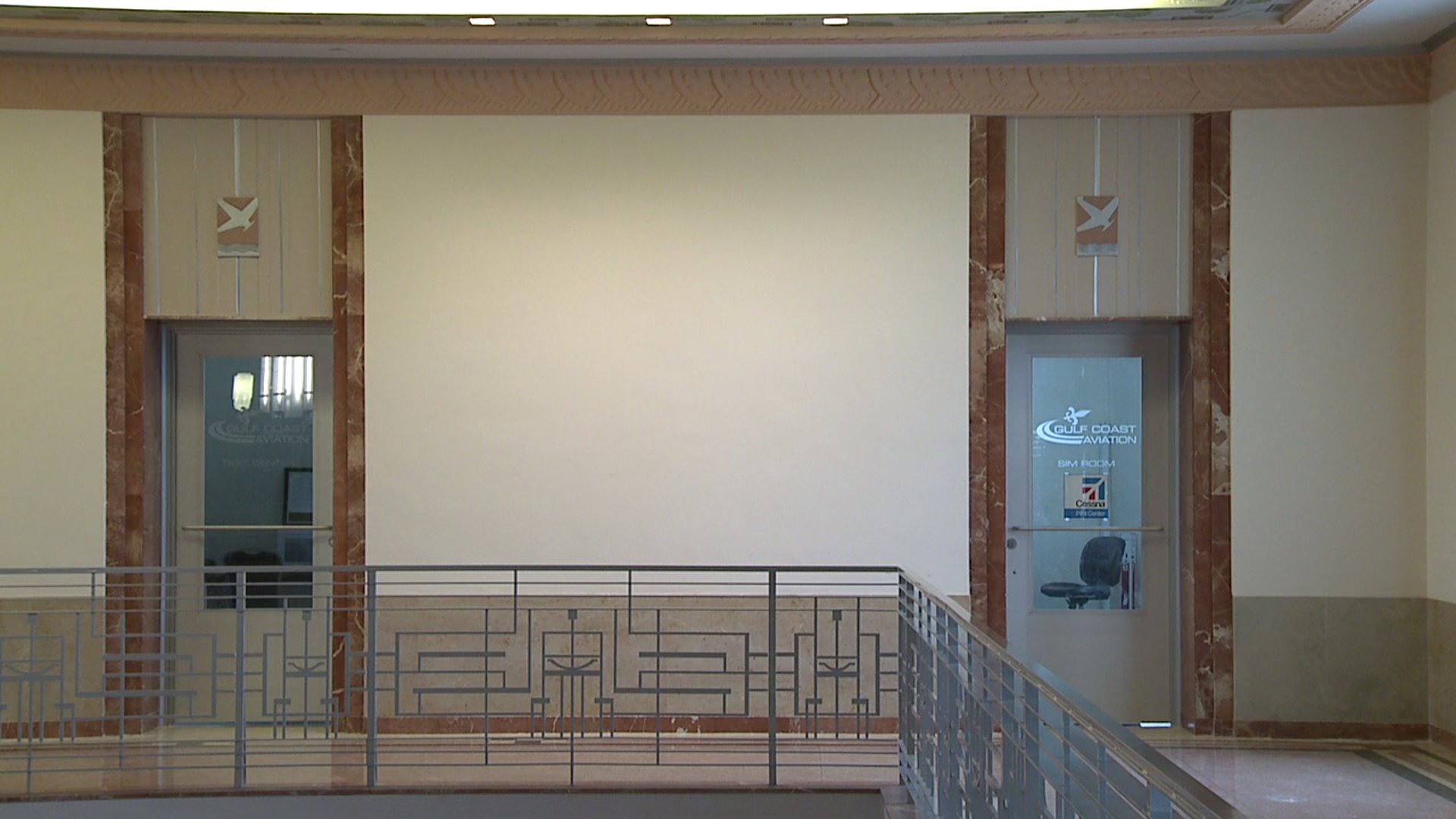 Grenier says the paintings whereabouts are a mystery, "We don't know. It's undocumented. It could be around somewhere."

The estimated worth of the collection is about a million dollars.

But Grenier believes they're priceless. "These murals are true architectural murals. These murals were put on here to last and they will last," she said.