Monday's Wheel of Justice report begins with surveillance video of a man who robbed the Dollar General store in the 13000 block of Chef Menteur Highway.  According to police, the man entered the store at about 2:00 Saturday afternoon, armed with a gun, and demanded the clerk open the register. 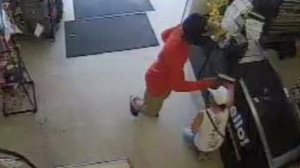 Police say the clerk complied and backed away from the counter.  But the robber opted not to grab the register's cash and instead decided to grab the purse of a woman who was shopping at the store.

Monday's report also included the search for whoever shot and killed 33-year-old Ian Robertson in LaPlace.  The attack happened a little after 12:30 Sunday morning near the corner of Revere and Essex drives.  Deputies say they have no motive or suspects in the case at this time. 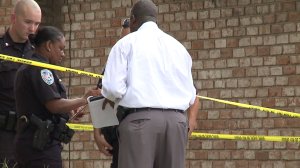 Finally, Monday's report included the search for the killer of a Terrytown woman.  Jefferson Parish deputies say 57-year-old Mary Ann Romano was found dead in the living room of her home in the 700 block of Terry Parkway on Wednesday, September 10.  Romano's body was found by her daughter who told deputies that she'd last spoken with her mom the evening prior. Anyone with information on any of the cases in the latest Wheel of Justice report should call CrimeStoppers at 504-822-1111.  You don't have to give your name and you could earn a reward. So far, more than 225 people have landed behind bars after their cases were featured on the Wheel of Justice on WGNO News at 10:00 pm.  You can see the reports every Monday and Wednesday night.

MINNEAPOLIS (AP) — As George Floyd told Minneapolis police officers that he couldn't breathe more than 20 times in the moments before he died, the officer who pressed his knee against Floyd's neck dismissed his pleas, saying “it takes a heck of a lot of oxygen to talk," according to transcripts of body camera video recordings made public Wednesday.

The transcripts for the body camera videos of officers Thomas Lane and J. Kueng provide the most detailed account yet of what happened as police were taking Floyd into custody on May 25, and reveal more of what was said after Floyd, a Black man who was handcuffed, was put on the ground.

BEREA, Ohio (WJW) -- With a new mask mandate for Ohio's Cuyahoga County officially in effect, police are asking residents not to overwhelm the dispatch line with complaints about other people not wearing masks.

"Previous orders have been enforced by the Cuyahoga County Board of Health. There was mention at yesterday’s news conference that local law enforcement would enforce this order. Until we receive clarification and direct instruction on enforcement of this order, we can not respond to calls of this nature," the department explained.

The National Weather Service said one tornado struck at 5:30 p.m. Wednesday near Dalton.

Photos: The tragic history of the ‘Glee’ cast

Woman throws boxes of shoes at Oklahoma store worker after being asked to wear face mask, then leaves wallet behind

VIRAL VIDEO: COVID-19 through the eyes of a four-year-old

9-year-old girl stabbed to death in Slidell; coroner rules it a homicide