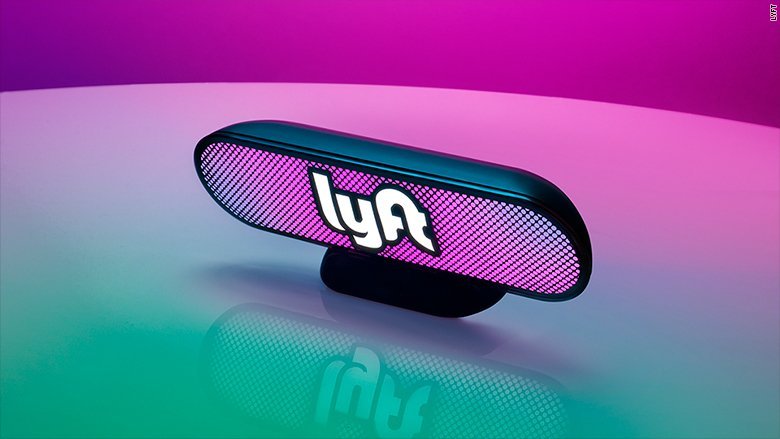 Lyft thinks it has found another way to differentiate itself from its rival Uber.

The ride-sharing company announced Sunday morning that it will soon allow passengers to round up their fares to the nearest dollar, and give the difference to charity.

Round Up & Donate will launch in the coming weeks, most likely with a single organization that can receive donations, Lyft executives said. The company expects to gradually expand the program and highlight local community organizations.

Lyft is the smaller of the two most well-known ride-sharing startups. The two companies compete vigorously against one another. Uber has become the dominant name around the world, and it’s valued at more than $60 billion.

But Uber’s explosive growth has come at a cost. Uber is investigating public allegations of sexual harassment of women at its offices, and the hashtag #DeleteUber has trended on social media. CEO Travis Kalanick has said he needs leadership help and is seeking a second in command.

Lyft, which is focused on the United States, announced in January that it would expand to 100 more U.S. cities this year.

Lyft originated as a lighthearted ridesharing option, initially encouraging riders and drivers to fistbump before rides. Drivers also used to put large pink mustaches on the grill of their vehicles.

Research from The Rideshare Guy, a popular industry blog, has found that Lyft drivers report higher earnings than Uber drivers. Lyft allows drivers to receive tips through its app, whereas Uber does not.

Lyft is not the first to build charitable donations into ridesharing. RideAustin, a nonprofit company in Austin, Texas, has a similar program.

Heavy rain and a lot of lightning continually moving through New Orleans. Hail reports are coming in across Destrahan as well as Mid-City as this is progressing southeast!

Pea-dime sized hail was just reported near University Medical Center as a straight-line wind event unfolds, with gusts between 60-70+ miles per hour as a main threat.

NEW ORLEANS - NOPD believes carjackings across the city are becoming more dangerous as armed thieves are doing whatever they have to do to steal people's cars.

In fact, a woman is in the hospital after getting run over in a carjacking earlier this week.

It's been months since bars across the city of New Orleans have been able to stay open past 11 p.m., but that all changed and bar owners are breathing a much needed sigh of relief.

Like Brian Mullin, owner of Local 718 on Bourbon St.

"I'm really excited that we're getting two more hours. I think it'll increase our business by 7 to 8 percent," said Mullin.

The city's latest decision states all alcohol sales, whether at a bar, restaurant or a liquor store, are permitted from 6 a.m. to 1 a.m. in the the French Quarter and the Central Business District, but bar owners all across the city will reap the benefits of the new curfew.

Want to buy a house? These days, the trick is finding or affording one

Shot for shot! Get your vaccine then get a booze shot at Dragon’s Den bar