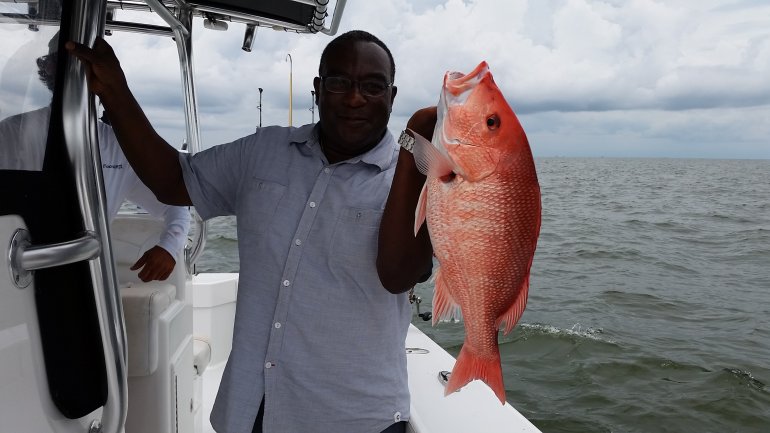 In 2016,  Louisiana anglers had 272 days of opportunity for red snapper fishing during a combined state and federal season. The season closed the first week of December 2016.

There was discussion within the Louisiana Department of Wildlife and Fisheries to amend season to only weekend fishing, with a limit of three fish per angler, however limits and fishing days will remain the same for 2017 as they were 2016, with Red Snapper season opening February 1, seven days a week with a two fish, 16-inch minimum limit until further notice.

Louisiana doesn’t follow federal red snapper regulations, which allows harvesting red snapper as far as 200 miles off the coast but for only a short period of time.

If you’re following Louisiana guidelines, you can fish up to nine miles off the nautical coast.

Who’s the ‘Houdini’ at this NOLA Walmart?

NOPD searching for man who robbed two women at gunpoint

Covington church comes together in prayer after gruesome …

Update on 8-year-old killed by gunfire

Update on 8-year-old killed by gunfire

Who’s the ‘Houdini’ at this NOLA Walmart?

Even though Black Friday and Cyber Monday are over, …

These 25 deals were the most shopped among BestReviews …

The best gifts for 5-year-olds

The best gifts for 10 year olds