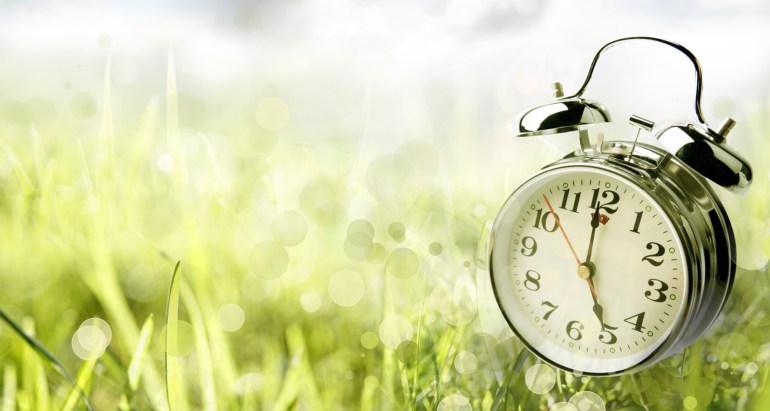 NEW ORLEANS (WGNO) —  To be on time for your Sunday activities, remember to turn your clocks forward one hour Saturday night. Most of the United States, including New Orleans, will lose an hour at 2 a.m. Sunday, March 13, 2016, when we switch to Daylight Saving Time.

Why do we observe Daylight Saving Time? The simple answer is to save on energy costs.

One of the biggest reasons we change our clocks to Daylight Saving Time (DST) is that it reportedly saves electricity. Newer studies, however, are challenging long-held reason.

In general, energy use and the demand for electricity for lighting our homes, is directly connected to when we go to bed and when we get up. Bedtime for most of us is late evening through the year. When we go to bed, we turn off the lights and TV.

In the average home, 25% of all the electricity we use is for lighting and small appliances, such as TVs and stereos. A good percentage of energy consumed by lighting and appliances occurs in the evening when families are home. By moving the clock ahead one hour, we can cut the amount of electricity we consume each day.

Studies done in the 1970s by the U.S. Department of Transportation show that we trim the entire country’s electricity usage by about 1% EACH DAY with Daylight Saving Time.

Benjamin Franklin proposed Daylight Saving Time as an American delegate in Paris in 1784. The idea didn’t really catch on in the United States until World War I, in an effort to save on artificial lighting costs. The same thing happened during World War II.

After the war, states individually chose whether to observe daylight saving time and when they wanted to begin it during the year. As you can imagine, this just caused a lot of confusion, especially for travelers and those of us in the news business.

The Uniform Time Act of 1966 provided the basic framework for alternating between Daylight Saving Time and Standard Time, which we now observe in the United States. But Congress can’t seem to resist tinkering with it.

For example, in 1973 Daylight Saving Time was observed all year, instead of just the spring and summer. Again in 1986, Congress declared that DST would begin at 2 a.m. on the first Sunday in April and end at 2 a.m. on the last Sunday of October.

In 2007, Congress voted to switch the end of daylight saving time to the first Sunday in November to offer trick-or-treaters more daylight time to venture into the streets, even though most children wait until after dark to go out anyway.

While most states observe the spring forward / fall back switch in time, Hawaii, American Samoa, Guam, Puerto Rico, the Virgin Islands, the Commonwealth of Northern Mariana Islands and Arizona do not change the clock.

When’s the next time change?

Oh, and remember, the return the time switch is a great reminder to change the batteries in your smoke detectors, too.

Zorro Ranch south of Santa Fe was shrouded in secrecy. The billionaire behind the sprawling ranch is gone. Only Jeffrey Epstein and his accusers know the dark details of what went on there near Stanley, New Mexico.

NEW ORLEANS (WGNO)- An announcement from the Centers for Disease Control moves the Nation a major step closer to pre-pandemic life.

The CDC now says, many Americans no longer need to wear masks.

ULYSSES, Kan. (KSNW)– A community in Ulysses, Kansas, said their last goodbye Thursday morning to 14-year-old Christopher Garcia who died on May 2.

Today’s the day: take a moment to take a bite

10:00AM FORECAST — It’s gorgeous! How long will the storms stay away? Here’s the details: