NEW ORLEANS – After days of waiting, two crane towers that were left swaying precariously over the remains of the collapsed Hard Rock Hotel construction site have been imploded.

The twin crane towers, each with crossbeams that weigh in at 145,000 pounds, were hit with blasts from strategically placed explosives around 2:30 p.m. on October 20.

One crane appears to have fallen onto Rampart Street, while the other can still be seen laying across part of the collapsed hotel’s upper structure.

City officials have confirmed that the implosion did not go as planned, but have yet to release further details.

UPDATE: At 3:30 p.m., we were notified that windows at The Roosevelt Hotel were blown out during the explosion.

The exclusion order has been lifted. If you are in the orange, it is now safe to go outside. The evacuation order for the red zone is still in effect. 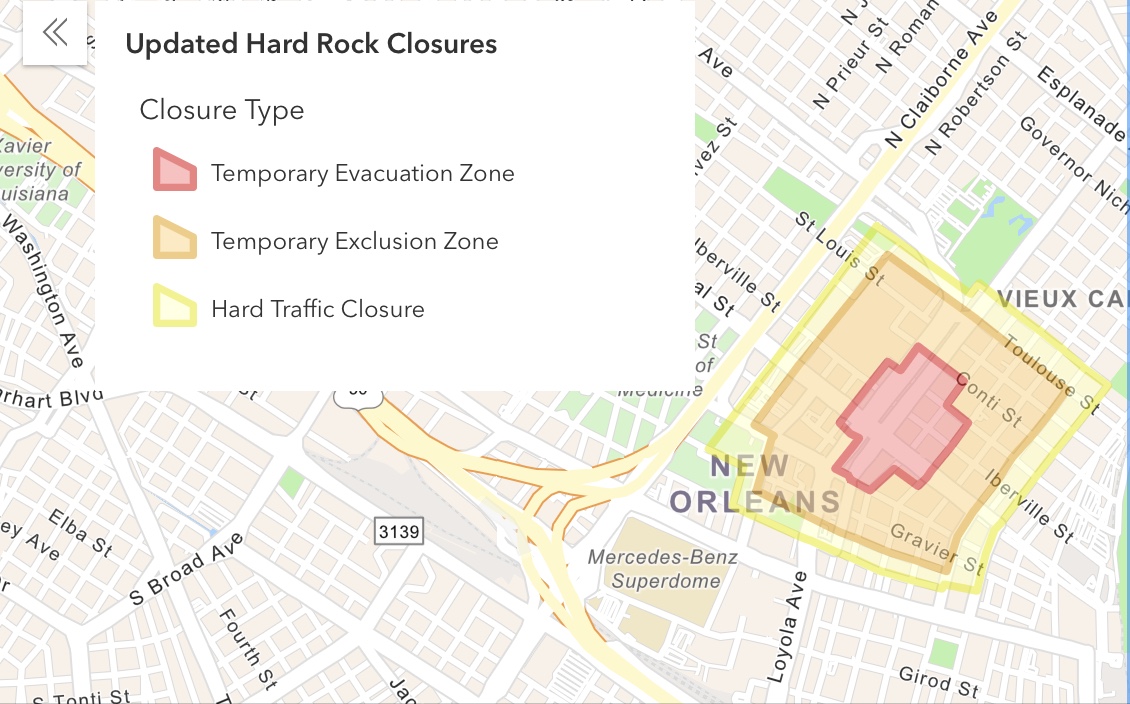 Stay tuned to WGNO for more on this developing story.

Residents to peacefully kneel in front of Jackson Square

NEW ORLEANS - Residents of the New Orleans community came together for a silent, spiritual gathering in wake of the passing on George Floyd and recent events across the country.

About 100 people gathered at Jackson Square to kneel and pray as a form of "Pentecost Sunday" this afternoon.

NEW ORLEANS - After more than two months of the NOMA Sculpture Garden being closed, the attraction will finally opening back up in less than 24 hours!

The garden has been around since 2003, offering over 95 sculptures throughout 12.5 acres of land! Since March, because of this pandemic, the state-of-the-art garden has been closed. On Monday, it will re-open with different hours.