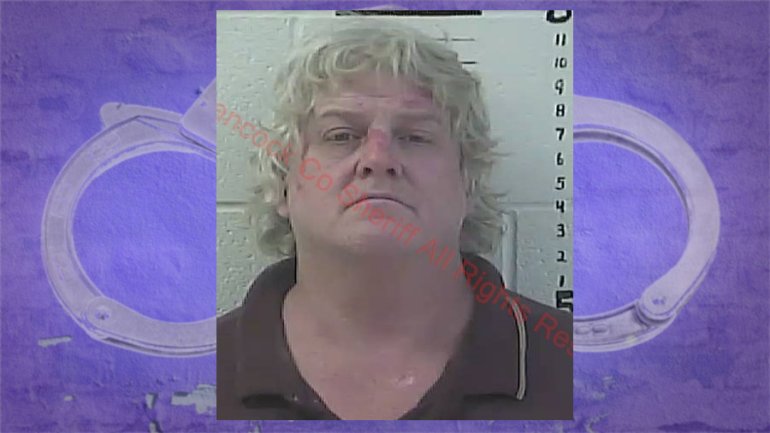 SLIDELL, LA – Police arrested a man after he dragged a Slidell Police officer with his vehicle and attempted to run over another officer, after shoplifting from Walmart.

On Tuesday, June 18, Slidell Police were called to the Walmart at 39142 Natchez Drive, about a shoplifting in progress.

There, they found the suspect, 51-year-old Robert E. Myers, of Picayune, Mississippi, attempting to flee the scene. 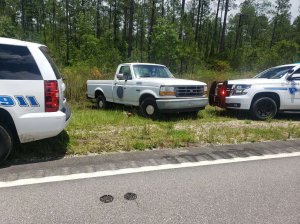 Two officers approached Myers while he was sitting inside of his 1996 Ford F-150 pickup truck, in the parking lot.

They asked Myers to step out and speak with them, but Myers refused and placed the truck in drive in an attempt to leave.

One officer tried to stop Myers, at which time he was dragged for a short distance through the Walmart parking lot.

The officer was able to release himself from the vehicle and push away to prevent being run over.

As Myers aggressively accelerated through the Walmart parking lot, he attempted to run over another officer, who was able to maneuver out of the path of Myers’ truck.

Other officers responding to the scene spotted Myers on Gause Boulevard as he was attempting to get onto I-10.

Slidell Police officers chased Myers into Mississippi, where he ultimately lost control of his truck on Highway 607.

After the crash, Myers was taken into custody.

Myers told Slidell Police officers that he didn’t think they could chase him into a different state. Police say, Myers was sadly mistaken.

Mississippi Highway Patrol, who assisted Slidell Police during the pursuit, booked Myers for driving with a suspended license, reckless driving, and no insurance.

Once Myers satisfies those charges, he will be extradited back to Louisiana where he will face multiple charges from Slidell Police, including third offense felony theft, aggravated flight from an officer, aggravated battery of a police officer, aggravated assault with a motor vehicle upon a peace officer, no insurance, and driving with a suspended license.

No Slidell Police officers were injured during the incident.

NOPD searches for suspect, person of interest in connection to Mid-City homicide

NEW ORLEANS (WGNO) — Police in New Orleans are looking to the public to help them identify and locate two people connected to a homicide that occurred in September.

NOPD has identified 32-year-old Jessie Hughes as a suspect in the investigation of a shooting in Mid-City where 20-year-old Torrin Girard was shot and killed. An arrest warrant has been issued for Hughes, who faces a second-degree murder charge.

BANGKOK (AP) — Myanmar government troops raided a small northwestern village, rounding up civilians, binding their hands and then burning them alive in apparent retaliation for an attack on a military convoy, according to witnesses and other reports.

A video of the aftermath of Tuesday's attack showed the charred bodies of 11 victims, some believed to be teenagers, lying in a circle amid what appeared to be the remains of a hut in Done Taw village in Sagaing region.

WASHINGTON (AP) — President Joe Biden is ready to urge participants at the first-ever White House Summit for Democracy to reverse an ongoing “recession” of democracy that is playing out at a time of rising authoritarianism around the globe and extraordinary strains on foundational institutions in the U.S.

The two-day virtual summit that starts Thursday has been billed as an opportunity for leaders and civil society experts from some 110 countries to collaborate on fighting corruption and promoting respect for human rights. But the gathering already has drawn backlash from the United States' chief adversaries and other nations that were not invited to participate.

NOPD searches for suspect, person of interest in connection to Mid-City homicide