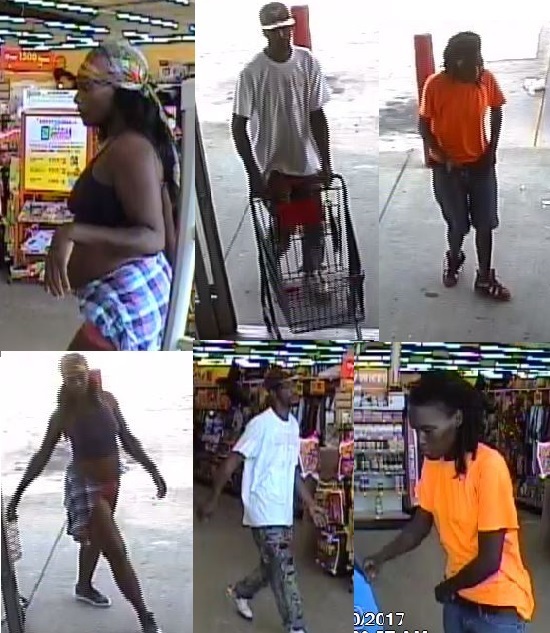 NEW ORLEANS – The NOPD is looking for three people who robbed a Family Dollar store in New Orleans East today.

The trio began by entering the store in the 4500 block of Michoud Boulevard separately around 10:30 a.m., according to the NOPD.

The three thieves collected merchandise inside the store and then began walking out without attempting to pay.

When the store’s manager attempted to stop the thieves, one of them stopped, raised their shirt, implied that they had a weapon, and threatened to stab the manager, according to the NOPD.

The three thieves fled in a Ford Escape with a New Mexico license plate #MAF517 that detectives later determined had been reported stolen last month.

If you have any information regarding the incident or pictured suspects, please contact any Seventh District Investigative Unit detective at (504) 658-6077 or (504) 658-6070.

NEW ORLEANS-- So what if you have a very young baby and you want them to experience Mardi Gras, but you want to make sure they are safe to?

Well, you can be like New Orleans parents Jeff and Kaitlyn Delatte who built a "parade safe" container for their baby, Quinn to go to the Uptown parades on Saturday.

Pelicans pull away thanks to big night from Jrue,Zion

SAN FRANCISCO (AP) — Zion Williamson had 28 points and seven rebounds, Jrue Holiday scored 11 of his 23 points in the fourth quarter and the New Orleans Pelicans pulled away late to beat the Golden State Warriors 115-101.

Nicolo Melli matched his career high with 20 points and six 3-pointers, and Brandon Ingram had 17 points and five assists.