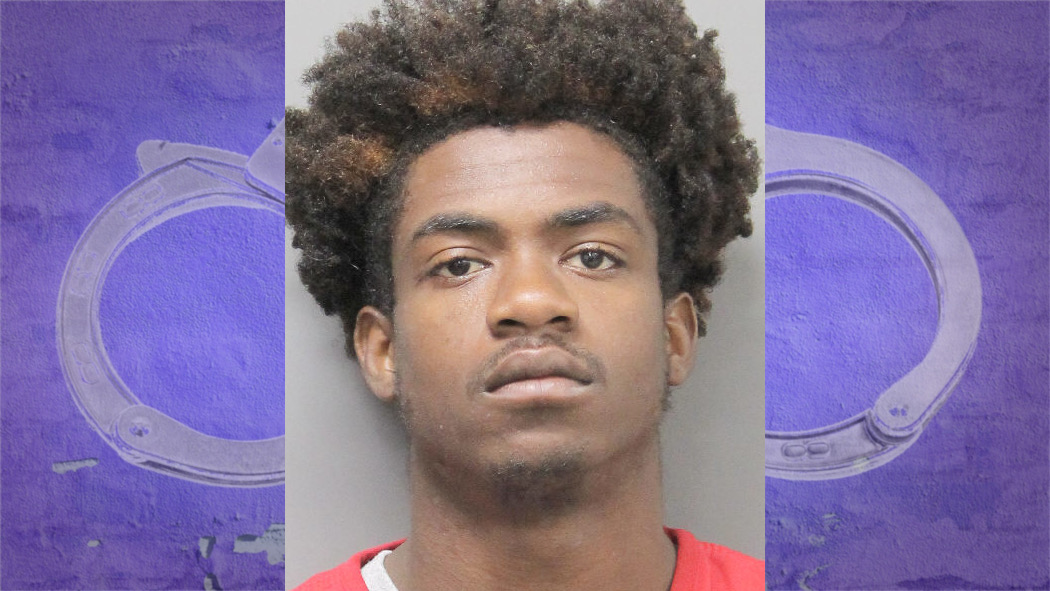 The vehicle was stopped near the intersection of Eagle Drive & S. Barbier Avenue, and found to be occupied by the driver, 20-year-old Tyrese Arcement.

During the course of the stop, officers observed suspected marijuana in plain view inside the vehicle.

Arcement admitted that there was marijuana inside the vehicle, along with a firearm.

Officers then conducted a search of the vehicle, which rendered the findings of 25 grams of suspected Marijuana, multiple suspected crack rocks, digital scale, multiple cellophane bags, a loaded .40 caliber handgun & a ballistic vest.

Arcement who was confirmed to be a convicted felon was charged accordingly and later transported to the Lafourche Parish Correctional Complex to be booked.

Arcement was also charged with an outstanding 17th JDC contempt of court warrant (FTA) for armed robbery with a firearm, amended to simple robbery.