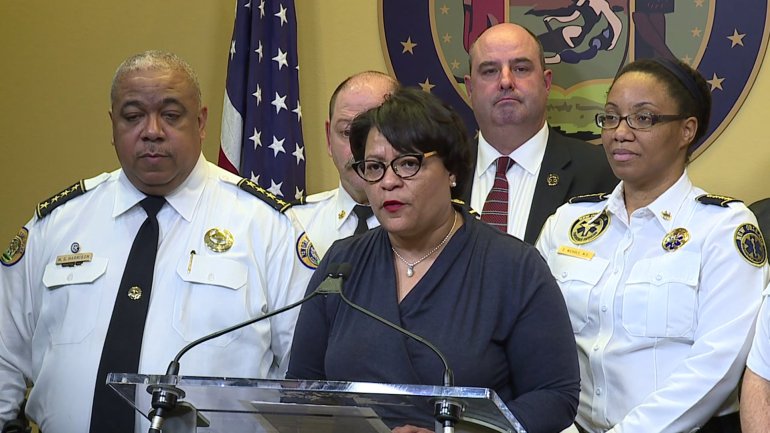 There will be fireworks all throughout the city.

To kick off the evening, head to New Orleans East, off of Reed, around 8:30 P.M.

City Park is having a firework show, starting at 9:30 P.M.

You can catch a third display at 10:30 P.M. on the river uptown, near Tipitinas.

And last bust certainly not least, you do not want to miss the the ‘fleur de lis drop’ atop Jax Brewery.

Fireworks will shoot 800 feet into the air, and the display can be seen from both East and West riverbanks.

She explained that with the saints game, the Sugar Bowl and the New Year’s celebration, the city is preparing for one of the most dangerous times of the year.

“Again, drinking and driving is against the law but more importantly, we know that it is unsafe for the driver and victims as well,” said Mayor Cantrell. “Put the guns down. Don’t shoot in the air and in putting those guns down, don’t shoot at people.”

The N.O. EMS, NOPD and NOFD will be out in full numbers, as a safety precaution.

NEW ORLEANS - We got the Baby! Ochsner Baptist is excited to announce the arrival of its first baby born on Mardi Gras Day 2020.

BATON ROUGE - On Wednesday, Gov. John Bel Edwards called on 23rd Judicial Judge Jessie LeBlanc to resign after she admitted to using racial slurs in reference to an Ascension parish deputy and a court employee.

Leach is wanted for escape from OPSO custody and LA parole violations, as he is on LA Parole until 2030. Leach is also a registered Tier 1 Sex Offender for unlawful sexual intercourse with a minor (CA conviction).