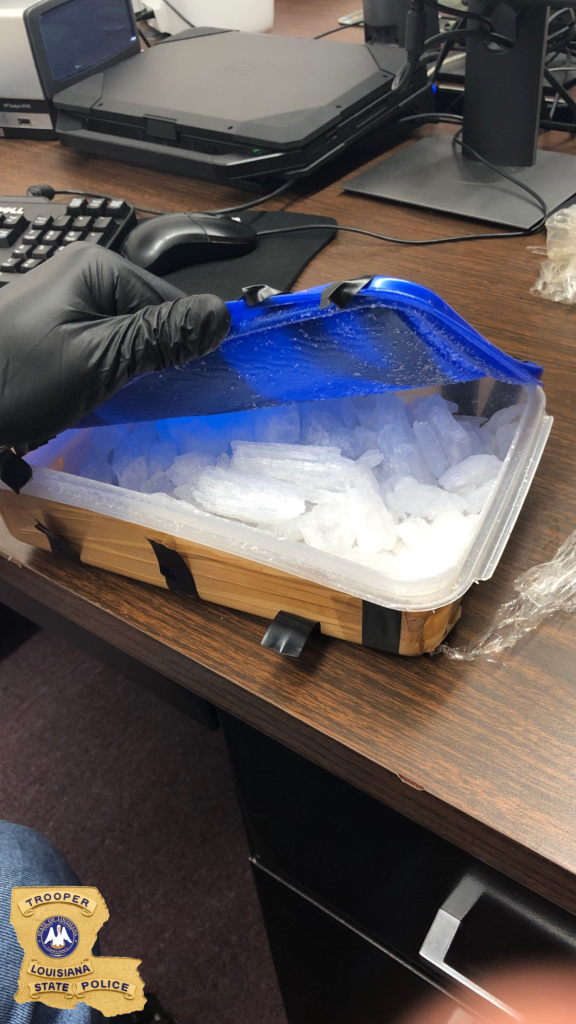 Officers requested consent to search the vehicle, while it was stopped on I-10 near Port Allen in West Baton Rouge Parish.

Upon doing so, Troopers discovered more than five pounds of methamphetamine, inside the vehicle of 39-year-old Darell Ray Smith Jr.

As Troopers attempted to place Smith under arrest, he became actively resistant by pushing and kicking the Troopers.

Smith was able to re-enter his vehicle, and began to flee the traffic stop with a Trooper trapped in the driver side door jamb.

Smith then accelerated and began to drag the Trooper across the roadway.

The Trooper eventually broke free and landed on the roadway where he sustained minor injuries.

He was charged with attempted murder of a police officer, battery on a police officer (felony & misdemeanor), aggravated flight from an officer, resisting an officer with force or violence, possession with the intent to distribute Schedule II Drugs, and improper lane usage.

This case is still under investigation and there may be further charges.

NEW ORLEANS – On Monday, it was announced that Archbishop Gregory Aymond removed a Metairie deacon after learning of an abuse allegation from 20 years ago.

Pelicans confident they will bounce back in big game against Memphis

NEW ORLEANS, La. - After a disappointing 0-2 start to the Orlando seeding games, the New Orleans Pelicans have had time to reflect and regroup ahead of a must-win game against the Memphis Grizzlies.

Utility Committee Chair and Council Vice President Helena Moreno has sponsored a motion designed to expand internet access across the City and find the best approach to creating public WiFi for New Orleans. The motion will be considered at Thursday's Council meeting.

No mass shootings in the U.S. since the pandemic started — what about once it’s over?