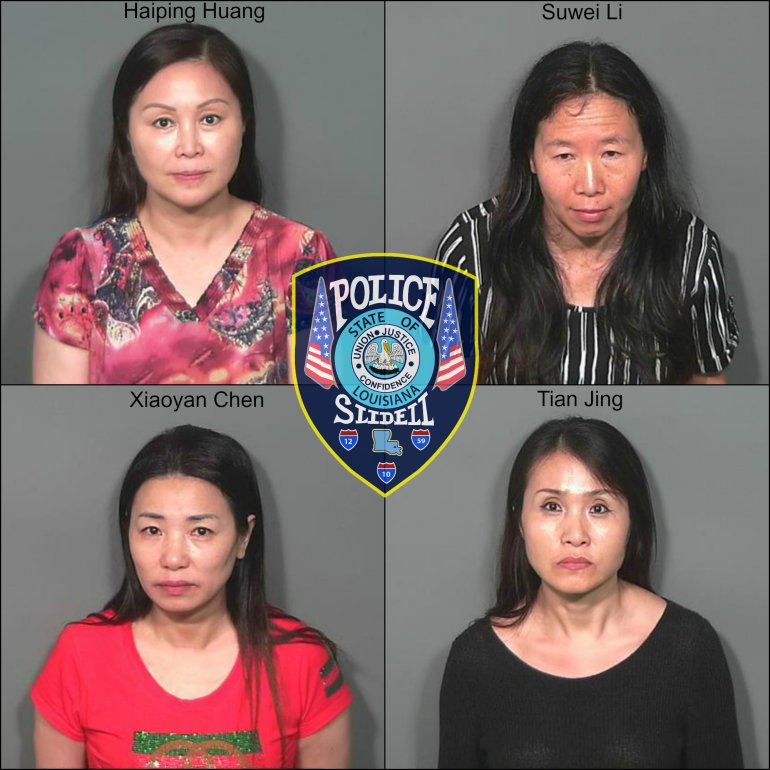 SLIDELL, La. — The Slidell City Council has approved an immediate moratorium on new massage parlors, spas and salons in the city until local lawmakers can figure out possible new regulations after four recent prostitution arrests.

The council introduced an ordinance for the moratorium that will be voted on May 22, but at its Tuesday meeting, council members also passed a resolution for an immediate ban on new parlors, spas or salons.

The moratorium is in effect until Nov. 30.

Fifty-three-year-old Haiping Huang of Brooklyn, New York, and 46-year-old Xiaoyan Chen of Slidell were arrested after an undercover sting at Relax Therapy Massage on Corporate Square Drive, according to the Slidell Police Department.

All four women face charges of prostitution by massage.

Disney World comments on video of little boy tipping his hat for costumed princesses: ‘This is adorable’