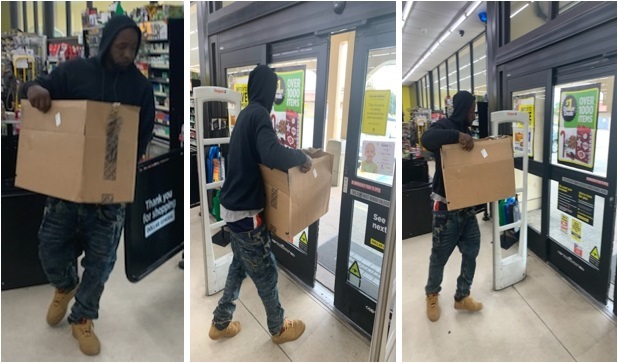 NEW ORLEANS – The NOPD is looking for information that can lead to the identification and arrest of a suspect photographed shoplifting on November 28.

At around 8:29 on a Thursday morning, the pictured unknown male subject entered Dollar General located in the 4700 block of Paris Avenue.

Initially, the subject reportedly picked up a bottle of laundry detergent and stood in the store’s checkout line to pay for his items.

However, the subject then moved out of the line, picked up a package reportedly filled with multiple cartons of cigarettes, and allegedly walked out of the store without paying for the merchandise.

The subject is believed to have left the scene in a late model two door sedan.