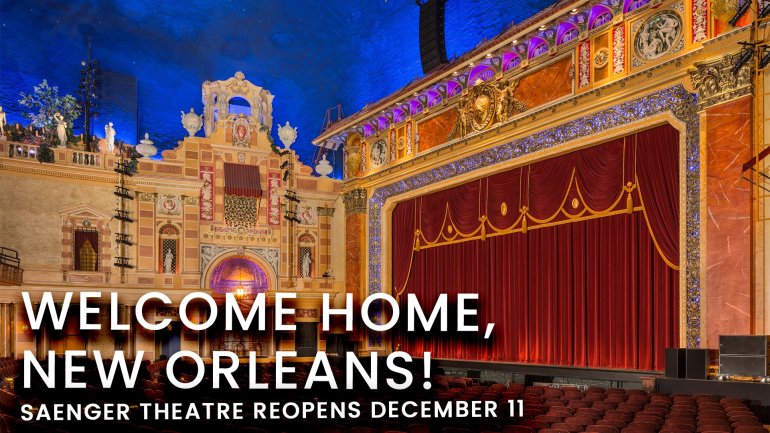 NEW ORLEANS – The Saenger Theatre will reopen with an appearance by illusionist Criss Angel.

Angel’s RAW – The Mindfreak Unplugged will come to New Orleans on December 11, marking the grand re-opening of the historic theatre after the roof was damaged by the October 12 collapse of the nearby Hard Rock Hotel.

The Saenger Theatre box office will not reopen until December 11.

Until that time, tickets for future Saenger productions will be on sale at the Mahalia Jackson Theater box office on Basin Street.

BATON ROUGE - The Louisiana Department of Health updated the number of COVID-19 cases statewide at noon.

That's according to the latest data from the state's health department.

Spain: Seeing the light at the end of the coronavirus tunnel