SLIDELL – Police are looking for a man who robbed a 92-year-old WWII veteran at gunpoint at a Slidell retirement community.

The armed robbery occurred around 5:45 p.m. on December 13 at the Lafitte’s Landing retirement community on Gause Boulevard, according to the Slidell Police Department.

The unidentified assailant made his way into the building, knocked on the WWII vet’s door, pulled out a gun, and forced his way inside the victim’s apartment.

He stole cash, medication, and the keys to the victim’s 2006 black Chevrolet Malibu.

The suspect was captured on surveillance video at a neighboring business.

He was wearing an LSU jacket and a grey beanie cap, and is thought to still be driving the victim’s car, which has a Louisiana license plate RPY 017. 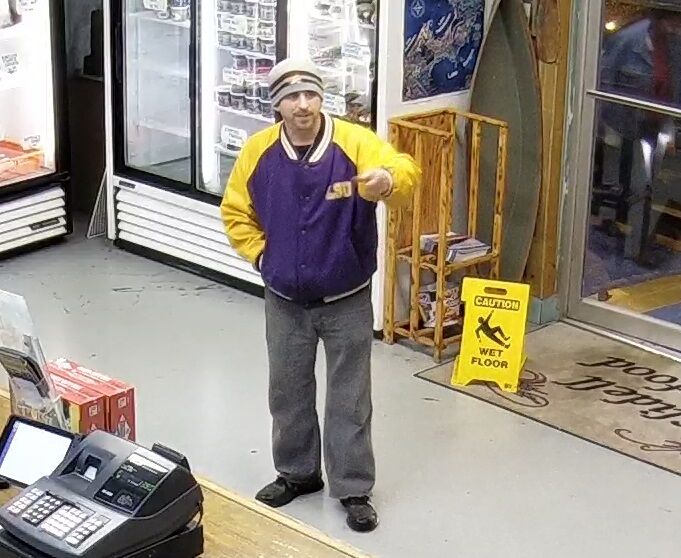 Anyone with information is asked to contact Detective T.J. McNulty at (985) 503-3477 or at tmcnulty@slidellpd.com.

You can also contact Crimestoppers at (504) 822-1111, and you can remain anonymous and may be eligible for a cash reward.

MOSCOW (AP) — Russia maintained a tough posture amid the tensions over its troop buildup near Ukraine, with a top diplomat warning Wednesday that Moscow will accept nothing less but “watertight” U.S. guarantees precluding NATO's expansion to Ukraine.

Deputy Foreign Minister Sergei Ryabkov, who led the Russian delegation at the security talks with the U.S. in Geneva last week, reaffirmed that Moscow has no intentions of invading Ukraine as the West fears, but said that receiving Western security guarantees is the categoric imperative for Moscow.

NEW ORLEANS (WGNO) — At the keyboard, he hopes he's got a hit in his hands.

It's a sweet song.

CONCORD, N.H. (AP) — A Lebanese American man’s survivors, who filed an ambitious lawsuit last year alleging Lebanon’s security agency kidnapped and tortured him before he died in the U.S., hope to find an opening after the agency recently responded in an American court.

Amer Fakhoury died in the United States in August 2020 at age 57 after suffering from stage 4 lymphoma. His family’s suit says he developed the illness and other serious medical issues while imprisoned during a visit to Lebanon over decades-old murder and torture charges that he denied.

Ed-itorial: When it comes to the Saints QB situation – the numbers don’t lie

Dumped? You can get paid $1,100 to listen to breakup songs

Felony charges are 1st in a fatal crash involving Autopilot

Internet access on its way to parts of Louisiana

Family of dismembered Slidell woman fears suspect will be released