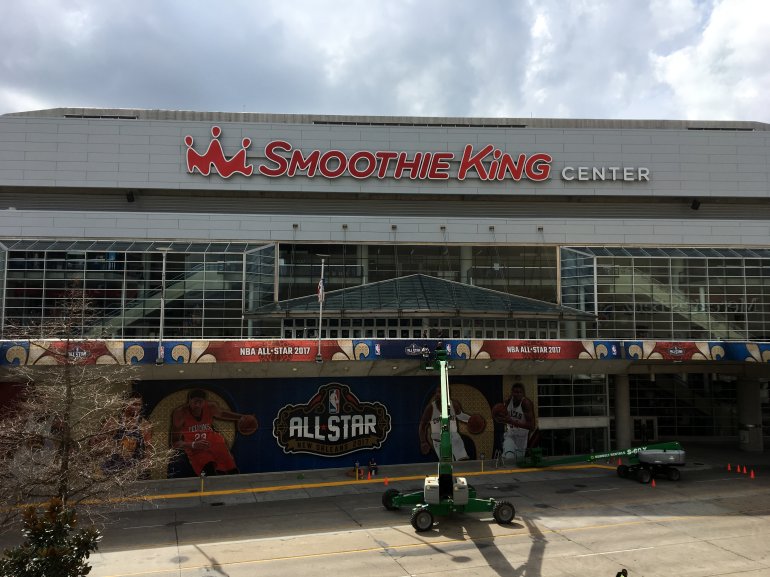 NEW ORLEANS – With just a little less than a month left of NBA season, the Smoothie King Center is gearing up for some big name performances.

Last weekend, the Zac Brown Band graced the arena with a three-hour performance.

The concert featured several tributes, including one to our military, with a saluting Marine on the stage for the entire song.

Check out the schedule below and be sure to get you tickets before they sell out!

The National WWII Museum is having a ceremony commemorating the 75th anniversary of the Battle of Iwo Jima. The ceremony will feature the US Marine Corps Brass Quintet, the US Marine Corps Color Guard, and guest speaker Colonel Torrens G. Miller, the Commanding Officer of Headquarters Battalion and Marine Corps Support Facility New Orleans, Marine Forces Reserve and Keith Huxen PhD, the Museum's Senior Director of Research and History in the Institute for the Study of War and Democracy.

75th Anniversary of the Battle of Iwo Jima Commemoration Ceremony

BATON ROUGE - On Tuesday, a federal judge ruled that the Louisiana Department of Corrections falsely imprisoned a New Orleans man for 41 days.

St. Tammany, La.-- Deputies from the St. Tammany Parish Sheriff’s Office will conduct a DWI checkpoint this weekend at an undisclosed location in St. Tammany Parish. The checkpoint is part of the ongoing, proactive “Drive Sober or Get Pulled Over” campaign, which is targeted at combatting impaired driving during the Mardi Gras season.

The manpower for this initiative is funded by a grant from the Louisiana Highway Safety Commission.

Lacombe woman killed in cash on US 190 near Slidell