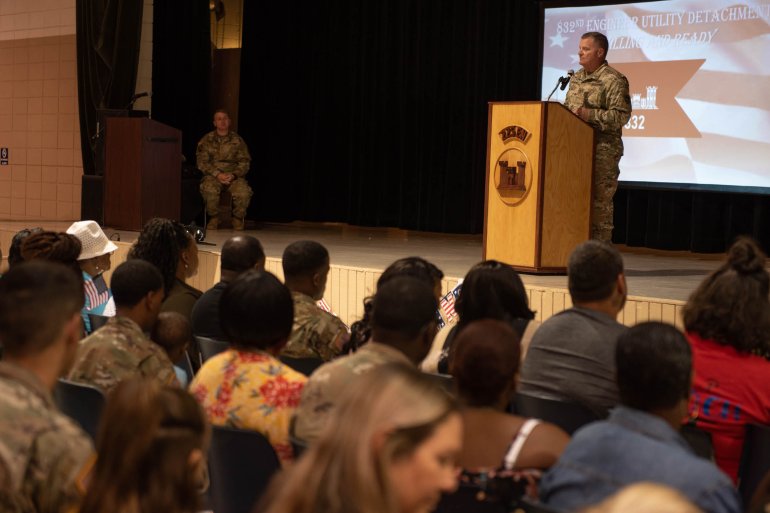 More than 50 Soldiers with the Plaquemine-based unit departed for a nine to twelve-month deployment to Iraq.

The engineer utilities detachment, known as the Warhawks, will be taking on a mission that will include general engineering and construction. 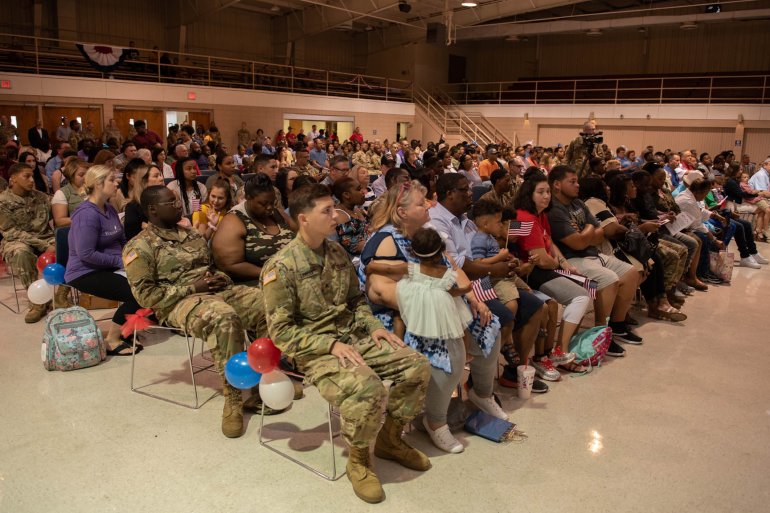 The unit specializes in a wide range of vertical and horizontal construction to support recovery operations and has been involved in several major state-wide disaster responses since 2006.

The Adjutant General for the Louisiana National Guard, Maj. Gen. Glenn H. Curtis, addressed the deploying Soldiers and their families. “There’s a million other things you could be doing today outside of that uniform, but you chose to be one of the ones that stepped forward, raised your right hand and swore to defend this nation.”

Within Louisiana, the unit provides construction and community support to governmental and local agencies in the form of community assistance projects. 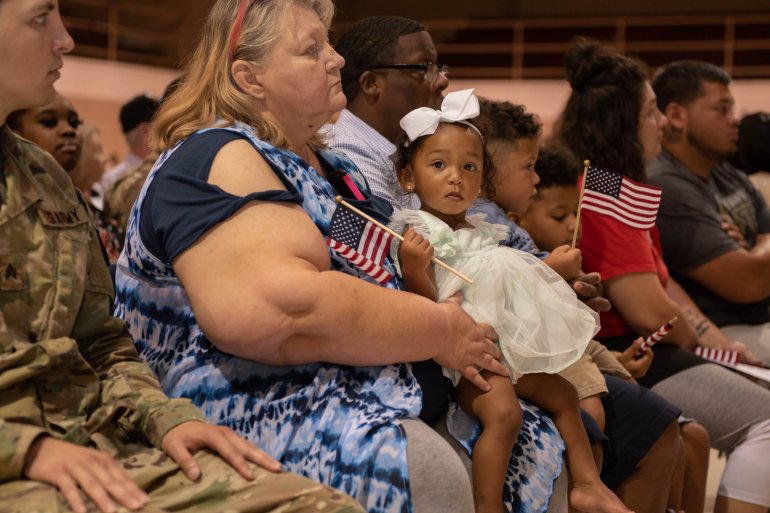 “I can’t imagine a more rewarding journey ahead of us,” said the commander of the 832nd, Cpt. Jonathan B. Aymond. “We’re going to be a part of something much larger than ourselves. In the end, we will be successful and we’ll return home with pride and satisfaction for a job well done.”

Staff Sgt. Joshua Boudreaux, a deploying Soldier with the 832nd, is deploying for his third time in a little over eight years. “The 832nd is full of a lot of new Soldiers who have never deployed,” said Boudreaux. “It’ll be a great opportunity to get them trained up.”

This is the 832nd’s first overseas deployment.

Tampa troopers help deliver baby on side of road