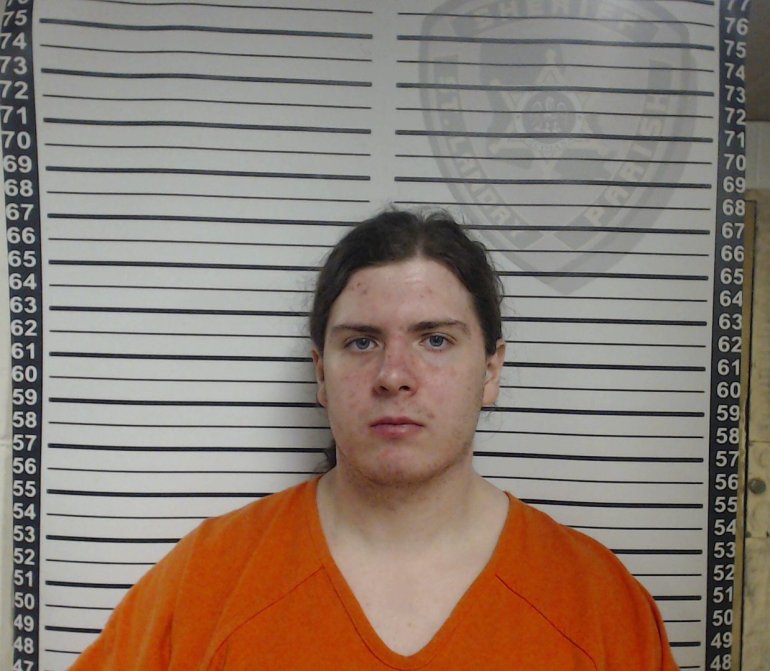 ST. LANDRY PARISH, LA  – The suspect has been arrested and booked on three counts of simple arson of a religious building.

Reports show that on March 26, Matthews set fire to the St. Mary Baptist Church in the 100 block of Saqueget Road in Port Barre.

On April 2, just seven days later, a fire was reported at the Greater Union Baptist Church in the 1400 block of Hwy 742 in Opelousas.

And two days after that, on April 4, a fire was reported at the Mount Pleasant Baptist Church in the 3900 block of Highway 182 in Opelousas.

Several pieces of evidence, both from the scenes and from technological resources, confirmed Matthews as the primary suspect.

However, information investigators have uncovered, and that Matthews has offered, suggests a possible connection with a genre of music called “black metal” and its associated history with church burnings in other parts of the world, which have been documented in movies and books.

Around 100 individuals assisted in this investigation, coming primarily from the SFM, ATF, FBI and Louisiana State Police.

The SFM is also grateful to the Florida Bureau of Fire, Arson and Explosives Investigations for sending a team to participate in the investigation.

“I am so proud of the team work that has returned a sense of security to this community by determining a cause for these fires and putting the person responsible for them behind bars,” said State Fire Marshal H. “Butch” Browning, “I, and all of the investigators involved in this, have been emotionally committed to this case, not only because of the significance of these churches, but also the threat of additional fires. This outcome goes to show what happens when well-oiled public safety partnerships pay dividends. I can never give total condolences to these church communities for the losses of their places of worship. However, I hope this begins to help their healing.”

NEW ORLEANS —There has been an outpouring of support from the colleagues of former State Representative Steve Carter, who died on Tuesday due to complications from coronavirus.

Governor John Bel Edwards is the latest to offer their deepest condolences to Rep. Carter’s friends and family, following those already published, such as Senator Bill Cassidy, M.D., and Mayor-President Sharon Weston Broome of Baton Rouge.

NEW ORLEANS — More than 8,600 people have died from COVID-19 in the state of Louisiana.

The Louisiana Department of Health is reporting 3,868 new cases overnight.