The report explains that on August 16, a Pitts S2B aerobatic airplane registered to Drug Fighter LLC, was destroyed in a crash, shortly after takeoff from the New Orleans Lakefront Airport.

Nancy Parker was doing a documentary on the pilot, which included a local flight in the pilot’s aerobatic airplane.

The takeoff was filmed.

See the full report below. 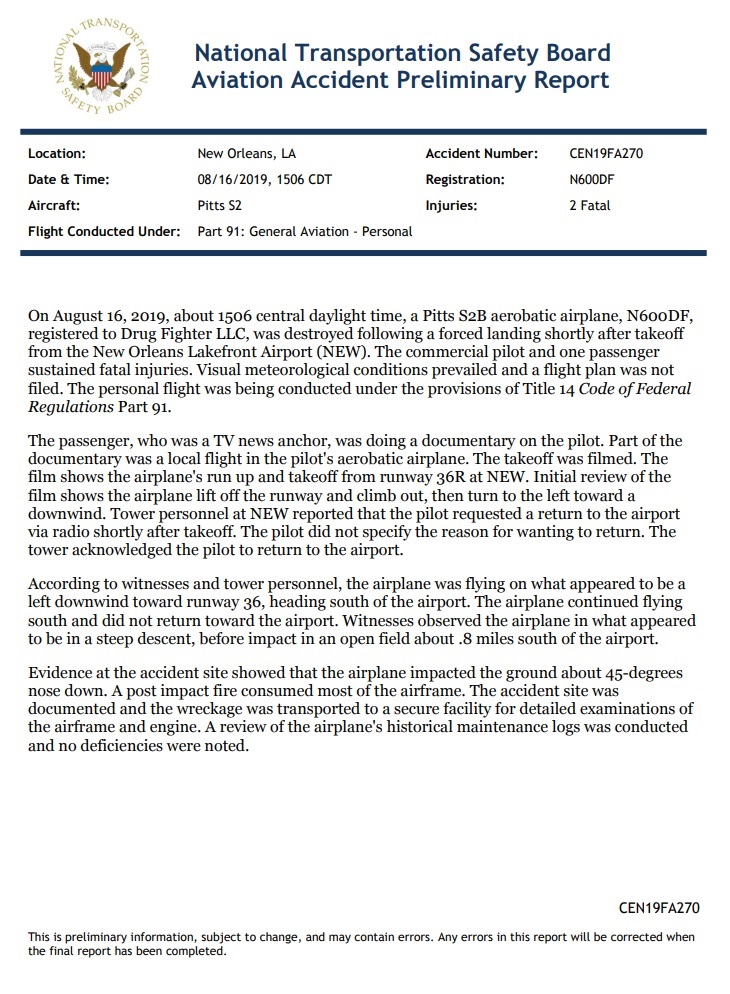 SLIDELL- The Northshore Panthers are headed to the Division I Championship after a dominant performance tonight against Saint Mary's Dominican High School.

The Panthers would score 4 goals in the first half of regulation and that was more than enough to take down Dominican.

Father walked in on rape of 5-year-old girl at day care, police say