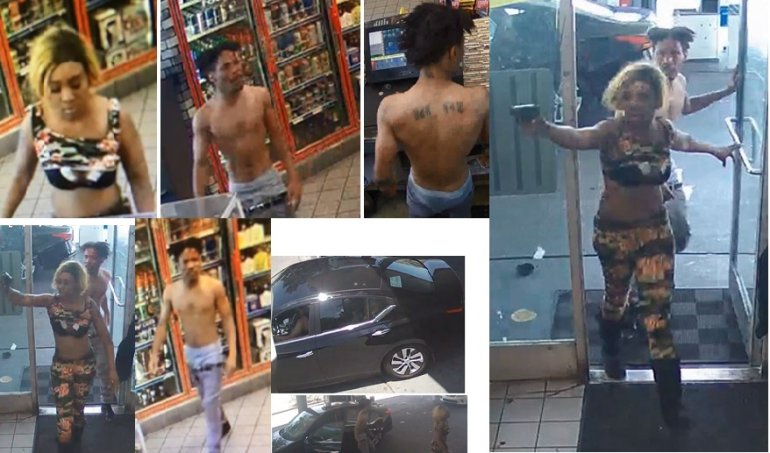 NEW ORLEANS – Police are looking for a woman who they say opened fire inside a French Quarter gas station after getting into an argument with a store employee earlier in the day.

The unidentified woman burst through the doors of a Chevron in the 400 block of North Rampart Street just after 1:15 p.m. on July 1 armed with a handgun, according to the NOPD.

The woman, who was accompanied by an unidentified shirtless man with a distinctive tattoo across his upper back, fired several shots inside the store before fleeing the scene.

The shooting stemmed from an earlier disturbance involving the same woman at the Chevron, according to the NOPD.

After the shooting, the man and woman drove away in a black Nissan Altima with a temporary tag in the rear window.

No one was injured.

Anyone with information on this incident or the identity and whereabouts of the wanted subjects is asked to contact any First District detective at (504) 658-6010.

SOUTHLAKE, Texas (AP) — A Texas school district administrator told teachers that if they have books about the Holocaust in their classrooms, they should also have books that offer “opposing” or “other” viewpoints on the subject.

Gina Peddy, the executive director of curriculum and instruction for the Carroll Independent School District in Southlake, which is in the Dallas-Fort Worth area, issued the directive last week during a training session about which books teachers can have in their classroom libraries. A staff member secretly made an audio recording of the training session and shared it with NBC News, which broke the story.

RALEIGH, N.C. (WNCN) — It's not always easy to predict when sporting events should be delayed because of lightning, especially since weather can change at a moment's notice, so awareness is key.

According to the National Weather Service documentation, lightning kills about 30 people each year and injures hundreds more, and about two-thirds happen during outdoor activities. In 2020, 17 people were killed by lightning strikes, and so far this year, there have been 10, the NWS reported.

Are you fully vaccinated if you haven’t gotten a booster shot?

Donna Douglas, Elly May on ‘Beverly Hillbillies,’ dead at 81