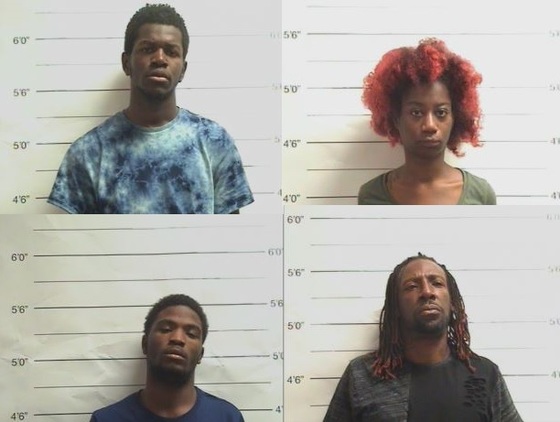 NEW ORLEANS – The NOPD, the US Marshals Service, and the Federal Bureau of Investigations, arrested 34 people during a holiday sweep.

Those arrested were all fugitives and violent offenders that landed on a “most wanted” list compiled by the officers in an effort to round up “the types of individuals that nobody wants to run into before, during or after the holidays,” according to the NOPD.

A 9mm handgun, 12 gauge shotgun, and .38 Special revolver were recovered during the arrests, which occurred between December 11 and December 14.

Crimestoppers tips led to the arrest of two robbery suspects, according to the NOPD.

(WTRF) – An Ohio woman was arrested on Tuesday after hitting another woman in the face with a 10-pound log of prepackaged meat at Walmart.

Police say officers were dispatched to the potato chip aisle at a Walmart location in South Euclid following reports of a disturbance between two women. Upon arrival, police learned that one woman had a protection order out against the other.

NEW ORLEANS — As the moratorium on offshore oil and gas leases lingers, Governor John Bel Edwards is calling on President Biden to lift the ban by summer.

Governor Edwards wants the Biden administration to know a prolonged drilling halt would be devastating to Louisiana's economy.

LOS ANGELES (AP) — Seimone Augustus has retired from playing and will be an assistant coach for the Los Angeles Sparks. A 15-year veteran, who played most of her career with the Minnesota Lynx, winning four titles there, re-signed with the Sparks in February before deciding to retire.

A visit with our Louisiana officials in Washington

Love it, Like it, Hate it: “Healthy” Pita Bread