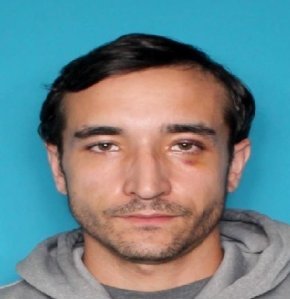 NEW ORLEANS –  31-year-old Sean Wilson is wanted for his involvement in a December 21 robbery incident.

The robbery happened at a business in the 6200 block of South Claiborne Avenue.

The victim told police that while at a checkout counter, he reached into his wallet to pay for an item… that’s when Wilson removed the wallet from the victim’s hand.

Attempting to get his wallet back, the victim wrestled Wilson to the ground.

That’s when Wilson allegedly punched the victim in the face several times before the fight made it’s way outside of the business.

Wilson managed free himself, then fled the scene with the victim’s wallet.

Wilson is 5’9″ and weighs around 150 pounds. He was last seen wearing a grey hooded sweatshirt and dark pants.

Anyone with any additional information regarding Wilson’s whereabouts should contact Second District detectives at (504) 658-6020.

HAMMOND, La. - While the Southland Conference Presidents continue to meet and discuss the fall sports season, several schools have opted to delay the start of fall practice until a final decision is made.

Over at Southeastern Louisiana University, fall camp is underway.

Buy, build or renovate? How to find your next dream home

NEW ORLEANS - If you've been sitting home watching DIY shows, maybe you're ready for a change. If so, Robert Wolfe Construction can help you navigate the options in creating your next nest.

Building a dream home takes work and lots of decision making. As the head of Robert Wolfe Construction, Robert Wolfe is a realtor, a developer, a builder and an expert in managing people, budgets and expectations.

SLIDELL-- A jewelry store in Slidell that's become an institution for families is shutting its doors after being in business for 72 years.

Time's up for "Champagne Jewelers," which began in Covington, then moved to Slidell and has been in Louisiana for 72 years.

‘I hope one of y’all pick me’: 9-year-old Oklahoma boy wants place to call home

WHO urges public to avoid routine dental cleanings during pandemic

Marijuana could interact with your prescription meds: What you need to know

For Americans waiting on virus aid, no new relief in sight

Get FUELED with Molly | Watermelon: Health benefits + how to get more in your diet