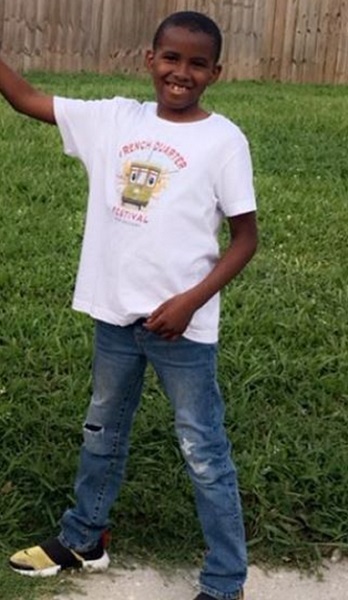 NEW ORLEANS – The NOPD is asking for help in locating an 8-year-old boy who has been missing for nearly two weeks.

Samaj Brumfield was last seen on July 19 at the St. Bernard Parish Courthouse.

The boy was with his father, who told police that Brumfield left the facility with his grandparents to return to their residence in the 7400 block of Briarheath Drive in New Orleans.

Brumfield’s mother stated that he may also be located at a residence in the 1600 block of Clearview Parkway in Metairie, LA.

However, all checks have returned negative results.

Brumfield is about four-feet-tall and weighs around 60 pounds.

Anyone with additional information regarding the whereabouts of Samaj Brumfield is asked to contact NOPD Seventh District detectives at (504) 658-6070.

METAIRIE, LA - Breakfast is about to get a whole lot better, thanks to Wendy's.

On Monday, March 2, Wendy's locations across the US will launch their all new breakfast menu. With options such as the Breakfast Baconator and Maple Bacon Chicken Croissant, Wendy's is taking breakfast to a new level.

NEW ORLEANS - Seminarians and faculty members were in for a rude awakening this morning after vandals smashed the windows of 41 vehicles parked at Notre Dame Seminary overnight.

The windows were smashed around 4:45 a.m., according to Archdiocese of New Orleans spokesperson Sarah McDonald. The vehicles belong to seminarians, who live at Notre Dame, and faculty members.

NEW ORLEANS - The NOPD has issued a warrant for a woman they say burglarized a parked NOPD vehicle last November.

Thirty-year-old Krischelle James is wanted on charges of simple burglary of an automobile. According to the NOPD, James broke into a marked NOPD Chevrolet Tahoe that was parked in the 3800 block of Copernicus Street between the hours of 2 a.m. and 9 a.m. on November 7, 2019.

Get Fueled with Molly | Love it, Like it, Hate it: Mocktail Mixers!